Quietly but steadily, food prices have been edging up worldwide. This is in direct response to traditional supply and demand issues but the type of governmental maneuvering this is causing is interesting, indicating this is not simply a traditional event. Several typical food (and by this I really mean grain) importers have been imposing new forms government control where there previously was very little or none (i.e. E.U. countries), changing staple food export agreements (i.e. Kazakhstan), adjusting market positions or preparing for the loss of previously reliable food import situations through domestic food redistribution (i.e. Russia), or otherwise making adjustments at the national level in response to the rising food prices. So far the trend has seemed to miss the U.S., perhaps demonstrating the U.S. economy’s amazing balance and diversity. 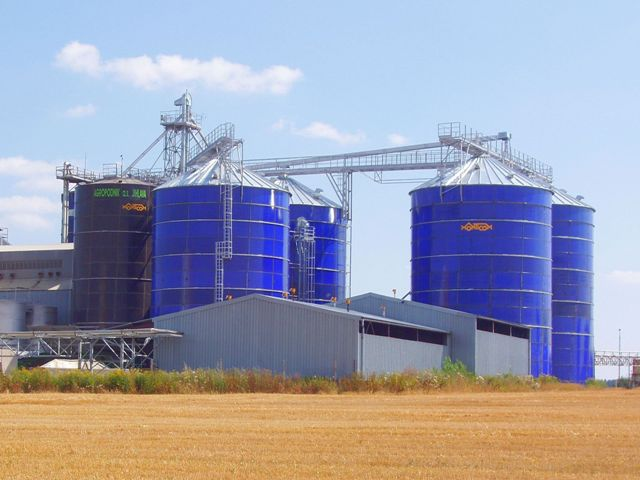 I do not pretend to fully understand everything that is going on, but I intend to research this a bit and write an (already anticipated) implication/prediction type article later on. Before I do I would like to present a basic economic and political principle that I have come to realize over the last few years: that economics is all about energy.

Economics is about energy. So is food consumption and societal structuring. The political systems we impose upon ourselves and the societies upon which they are based are merely various structures which acquire, process and transmit or broker energy. By energy I do not mean only the media correlation of the day: petroleum. I mean “energy” in a more broad sense: energy that people use to fuel technological systems (mechanical, chemical and electrical — of which petroleum plays a part), innovative and intellectual energy, and food resource energy used to grow ourselves and directly impact our environments. The three types of energy must work in concert and all are absolutely essential to having a powerful and productive society. The United States has done the best so far at flexing itself around the changing ways energy is collected, used and moves and therefore is currently on top.

I won’t delve too much into how these factors work together or how much cultural, societal, and political factors play into all that, but suffice to say that some cultures are simply better than others at succeeding in the modern world… or actually, not the modern world as this is a relative term, but the world in which they exist and function. Societies scale just like transportation systems, mathematical calculations or programming languages. Systems are derived from the societies which instantiated them. Inflexible societies and systems eventually encounter a situation where they have grown to their maximum effective scale and if they do not change soon overload, crumble, and fail forever. In taking this view I am being critical of cultural systems. I am saying that cultures which fail to survive were not worthy of survival. I am also saying that there is likely a way to quantify a particular culture’s value relative to others in a given time and environment other than the basic test you can already assume: whether the society survives its time or not.

All that being said, we are seeing food prices rise, and eventually nations will begin to compete in extra-economic ways over such things but not before they begin to compete much more fiercely and lethally over mechanical energy resources. I propose that in the mid- to distant- future a massive global struggle is in the making (I will eventually settle on a chronology for this, forgive me for being vague right now). This particular struggle will be greater than anything yet known because the victor of it will be in a position to dictate the future course of all humanity for a brief period. I know such statements are overused in the world of historical study but like most tired phrases they have never been absolutely true so far, but rather a fun and easy thing to say. For example, it is often said that the Roman Empire ruled the world. — but it didn’t rule the Maya, the Aztec, or the Japanese. It is said that the world at one time was ruled by the Coptic Egyptians — but while the Egyptian part of the world certainly was, they had little to no impact on Asia or Northern Europe. The same goes for the Greeks, though the long-lasting influence of some of the original Greek social processes have carried on and in this way they have been heavily influential, but never actually controlling.

There is a global energy war coming, and that energy war will be fought firstly over mechanical energy, secondly over caloric energy and most interestingly, fought not over but exclusively with and through the fruits of properly harnessed intellectual energy. The victor of that war will dominate all there is to humanity for a time. There will be a single global government, however. Individual national identities will remain as will low-scale conflict. Not to worry, the world will ever be an interesting place. This energy war will also not necessarily take the form of a massive nuclear exchange or even a conventional WW III-type contest. Those modes are not ruled out and are in fact inevitable on small scales, but I feel that the most likely form of global energy conflict will occur in a sort of Cold War type endless proxy play play among three or four acting groups. The general setting is already forming now on the tails of the current U.S.-Jihadi war.

When? I don’t know, nobody does right up until we’re knee-deep in it, but there are two indicating factors:

The level of population and mechanical density is going to dictate and predict the occurrence of such a war. Saving some massive technological leap forward we are simply living in a mode which is endlessly consumptive, and as societies scale further and reach their effective limits of scale, change form, and need more energy to progress, we are simply bound to begin colliding in much more intense ways with each other on this planet.

The other factor, the state of space technologies, dictates and predicts whether or not any particular position of global dominance will be the last great one in terrestrial history. This may sound a bit wild, but its a simple fact that humans tend to be capable of anything they can envision in detail and extra-terrestrial colonization has been envisioned in great detail. So great is the detail of it that I believe it to be an achievable reality within a generation or two. 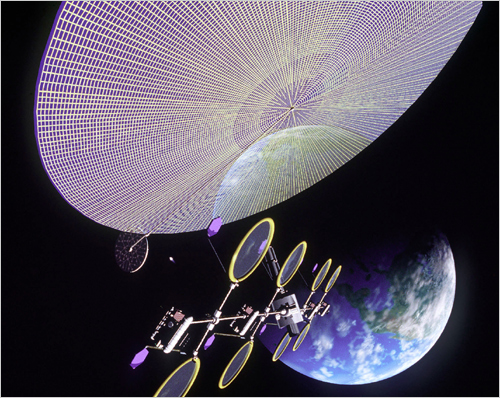 What does this have to do with global hegemony? A true global dominator is the only type of societal entity which has enough situational and intellectual bandwidth to properly tackle the myriad exploration and colonization problems which have not yet been envisioned. This is very important to understand. In the same way that a situation of global hegemony predicts extra-terrestrial colonization, extra-terrestrial colonization also predicts the collapse and failure of universal hegemony.

Once a new generation is born away from Earth, they will no longer be Earthlings, but rather non-Earthling humans. They could well be Martians, space-station brats, asteroid colonizers, Mooninites, whatever. The issue here is not that they will be in some way inhuman, but that they will ultimately identify with their fellows more than with people born on Earth. This is an entirely natural process already well documented in the histories of American, African and Asian colonial efforts.

The reason the powers of Earth will send colonists out in space in the first place is the same reason Europeans sent their colonists out to new worlds: to harvest and transmit energy to be consumed by the mother country. This mercantilist drive may sound archaic, but it is in no way outdated. After a generation of colonial existence this original purpose will be lost on the colonists and they, rich with energy, will wonder why it is they send all their energy off and do not realize any return from it. They will feel underrepresented and disconnected from the home country and in fact the place referred to as “home” by the language of officialdom will be entirely foreign to them. This will cause friction and a fracturing of the power structure. Their sense of colonial self-worth will be supported by a realization of the original Earth territories being suddenly exposed as vulnerable to blockade or embargo from space for the first time ever. This will give the colonies power, force a relatively peaceful fragmentation whichÂ  will grant the colonies national rights (regardless of their physical situation, be they station- or planetoid-based), and lead to a new type of decentralized economy which would be easily recognizable to anyone with a background in 18th-century history.

Is it a stretch to push my assumptions about an upcoming global energy war to predictions of impending space colonization efforts and the fracture of such a structure after a single generation? Perhaps. But I feel quite confident that history demonstrates the dynamics outlined above to be entirely reliable and predictive influences upon geopolitics. One of those influences is obvious and totally inescapable: we’re running out of [name something] and as we’ve already conquered Earth, we can only look to places other than Earth to find more of [name something].

This transition will be no different from what happened after the discovery of the New World, but it certainly will have a different feel to us — because we will be the actors doing things immediate to us not students studying the changes from the perspective of history. The people of the 16th century thought it was absolutely ridiculous to propose that colonies would stand in America, and further thought it so ridiculous to assume they would take on a national character and identity that it was never seriously considered. So if you think the idea of broad-based space colonization and the eventual rise of non-Earth centric political and social systems ridiculous you stand with the majority of 16th-century thinkers, which is not bad company really — they were smart, just wrong.

In this I disagree with Naom Chomsky’s opinion that global hegemony is the doom of humanity as he asserts in his scary, somewhat anti-American book Hegemony or Survival because he assumes the struggle for hegemony is ultimately a nationalist goal in opposition to survival rather than a survivalist struggle among nations. Further, he ignores the next step in energy accumulation: space. People have very little faith in the ability of Man to conquer space but I firmly believe that humans are too smart to give over and die out save some huge, unpredictable cataclysm (Islamic-driven nuclear destruction, a massive asteroid impact prior to sustained colonization, etc.).

I will develop this idea a bit further eventually, but I wanted to put out a broad-stroked view now and see what folks think of it. There are several aspects of the coming changes that are significant of themselves — particularly to the most leading of nations — such as land use policies, energy use policies, mechanical and caloric energy collection and transmission policies and technologies, space domination and research/exploration, and societal shifts. These are all closely related and will become even closer as time goes on. Since I’m not a sponsored writer or anything I hope I can get the free time to do some in-depth study of events and touch on each factor and related ideas as they become more distinct in my mind.