Here’s a new one for you. Julie Myers, the Director of Immigration and Customs enforcement, is in some hot water now because one of her employees dressed up like an escaped prisoner for a Halloween party. Nobody at the party had a problem with this and apparently that costume won a prize for being done exceptionally well. There were a few costumes that some of her employees (or more likely, one, ultra-sensitive pussy) found offensive and she appologized for those and everybody forgot about it. It was Halloween. Big deal. 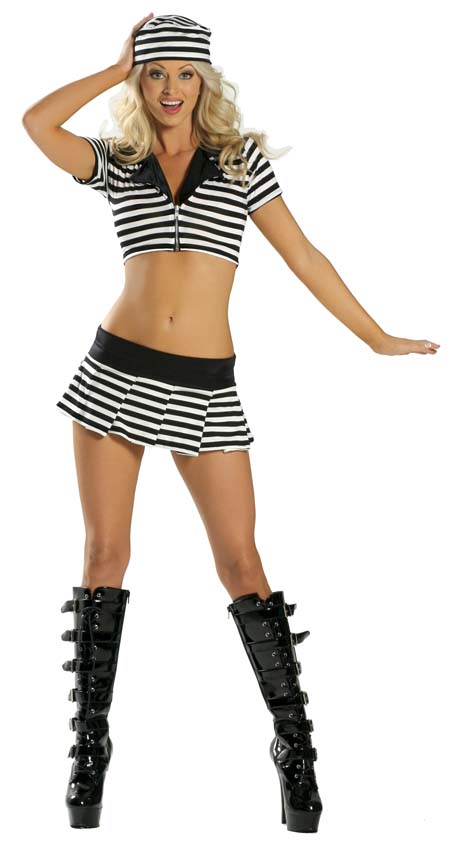 The media is persecuting her now because of the prisoner costume that nobody complained about that won the prize. That’s right, the media decided to start poking around and stir shit up… again. They have already compelled her to make a public statement denouncing the costume, which I find ridiculous.

The offensive part of it is that her agency is responsible for arresting and jailing illegal immigrants. Personally, I don’t see how we can be offended on behalf of people who are not extended rights as US citizens. Anyway, since when did Halloween have to be so bitchified anyway? I remember when I was a kid wearing zombie, pirate, cowboy, [whatever] costumes. That’s what you do on Halloween. Why is it ok for my brother to have dressed up as an escaped prisoner (prompted by the Disney version of Robin Hood when we were kids) one year and not OK for that guy at Myers’ party? Should we call a Congressional hearing to re-examine my brother’s “judgement” now in light of this world-shattering revelation that he, too, once dressed as an escaped prisoner? Or is it my father who should be on trial, as he was, effective, my brother’s senior supervisor at that period in his life?

Who is even declaring what motivated this guy to choose that costume (other than its in the top 20 costume ideas, right behind “Muslim suicide bomber”)? Maybe he watched Prison Break recently. I hear it was a big hit in the US…

This is ridiculous. I don’t see how protesting military funerals can be an acceptable way to exercise your First Amendment rights and wearing a prisoner costume to a Halloween party is not. Oh, that’s right, I’m missing the point, Myers is getting in trouble for something someone else did. Probably because someone else wants her job… as usual in Washington.