Looking out across the overall US economic landscape and the American position in world politics, it is difficult to see anything worth being significantly frightened of over the long term. For example, the dollar weakening — which the media frightens everyone with — is a very good thing for the US, as US exports have become 20% cheaper over the last 6 months and are currently irresistible to foreign importers and US technical expertise has finally become affordable again for the same reason. This is in no way a bad thing and allowing the dollar to drop naturally is an excellent way to pull us out of whatever dangerous situation we may have been in previously. 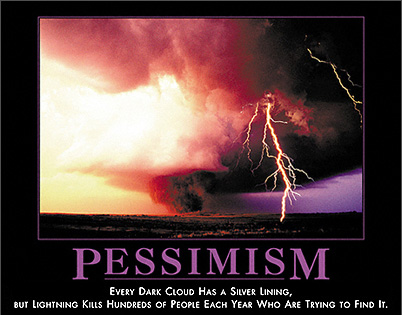 The price of oil has gone up but not to any creepy OPEC plan rather because the price of almost all international commodities (including oil) are listed in US dollars and the dollar has fallen. The US economy has already shown its ability to shrug this off and in fact the US government is increasing the capacity of the strategic reserve instead of drawing from it. Prior to the Iraq invasion the Saudis were in a deep financial crisis and by invading Iraq the US was able to threaten the Saudi government in two ways into handling its domestic support of terrorism: on the one hand the US was never known to fly off the handle like that and invade people willy-nilly and this scared the Saudis into doing what we wanted, and second if the US had allowed the Iraqi government to flood the energy market with cheap oil it would have crushed the Saudis from another direction. Iraq has been producing less oil since the start of the war (completely contrary to what the media and blogosphere assume, as they still generally believe that the US invaded Iraq over oil), but this will soon change; the Iraqi government is currently exploring commercial incentives to begin real production again — something that was deliberately put off so as to provide an economic incentive to balance the new threat the Americans could pose to the Saudis. Overall this strategy has worked out perfectly and there have been and are not likely to be any major economic upsets in the energy market, at least not in America. Whatever is going on with the whole Ukrainian/Russian situation could cause upsets in Europe, but this would likely strengthen, not weaken, the American position.

The big economic boogeyman in the domestic media lately (and humorously, the Japanese media reported on it, just way late… I saw an NHK special on the “subprime crisis!” two weeks ago) has been the subprime loan implosion, which may screw up individual lives and obliterate some businesses built on faulty reasoning, but do not really impact much of the economy. Seriously, who ever thought it would be a good idea to loan out loaned-out money at high rates to people who have no business taking out a loan in the first place? That’s just flimsy business, and it failed all across the board. I’m too lazy to link to a full explanation of the practice that failed, but basically it runs that banks were loaning business capital to businesses that were not banks who were in turn loaning the money out to individuals who would have never qualified for loans in the first place. The loans themselves were traded as equity vehicles and sold to the banks directly or indirectly, without the banks conducting a due vigilance and vetting the circumstances of the loan or the financial situations of the folks who took the loans out. Once the loans started defaulting it caused a ripple effect in the equity market, but this is entirely limited to the part of the equity market that engages in home loans and capital investments in high-risk industries like subprime vendors. So a bunch of people who really had no business buying a home of their own just yet lost their homes, filed bankruptcy and are now learning how to live in apartments all over again (and probably now learned that loans might sound great, but there’s no substitute for having cash before you buy), the subprime vendors are squished just like they are supposed to be and the banks that engage in high-risk lending lost their money… which is an anticipated effect of that sort of lending and precisely why it is called “high risk”. The only things that got out of whack were the absolute lapse in diligence of the banks and the amazing scale of the complacency problem in the lending market in this case. Either way, it is not a significant portion of the nation’s GDP and will not have long term effects. In fact, the worst of that particular situation is already over which is why we are no longer seeing hours of sappy, tear-jerking “news” coverage on the fate of the retards who took out loans they should never have considered.

How about foreign investment capital? Well, as we have already covered, the dollar has fallen and American stocks have become 20% more affordable to the huge institutional investors who move markets. They haven’t missed that American products are cheap and American stocks are cheaper still because of the drop of the dollar. In addition, all those worldwide commodities are still being trading in US dollars, and some of them have experienced a flux that makes it incredibly favorable to invest in dollars over the mid-term. All this, plus while the US media was flipping out over the Chinese buying up lots of small companies over the last 5 years, the US private companies, individuals and institutional investors have bought up the rest of the world twice as fast. So we’re sitting, indirectly, on an enormous portion of worldwide assets which we control while foreign investment capital is pouring into new American ventures and pushing them forward to do what Americans do best: innovate. All of this bodes well for the US position.

So why is everyone freaking out about the economy? Because the media indirectly tells them to. Are these people doing any real research? Is the media? Of course not, they sell news, and bad news is like crack, good news is like rye without mayo. Also, this is an election year and its always more fun to blame the outgoing President for anything possible, real or imagined. At least, this is the only explanation I can come up with for the media (and by extension, the majority of bloggers and other various empty-but-talking heads) going so far with their doom and gloom about the US economy.

The only black spot in the US mid- and long-term economic position is the RIAA and Microsoft’s ability to get the DMA passed which, in effect, says that: I can sell you a car but make it illegal for you to disassemble it or even examine it any further than an arbitrary limit I will stipulate in a contract you must agree to when you buy it; and further, in most circumstances I will not even have to sell you the car, but merely the right to drive it around a bit yet I will retain the actual rights to ownership. This is effectively what the DMA does on many levels within the information industry, and there is a truly frightening parallel in the form of the net neutrality debate which is currently going on. The fact that we’re having a debate over net neutrality signals that there is a deep lack of understanding in the US (and perhaps all of the West and likely the East as well) that any country which develops and legalizes a system to permit the prioritization-for-profit of data traffic is placing its individuals and companies at a gaping disadvantage economically — a disadvantage which once manifested will be nearly impossible to reverse and overcome. The US absolutely cannot afford to lose its edge over technology in the long-term, and violating net neutrality and imposing DMA-like controls over information will stifle and eventually stamp out the innovations which will mature and harness the true power of the now infantile technologies we use every day. This is a long-term threat, though, and so far the all branches of government have shown relatively decent levels of reserve when deciding whether to regulate new technologies and related industries or not. Unfortunately, the Democrats tried to regulate the IT sector to a degree in the 90’s, and wound up burying a portion of it under the ridiculous measures of the DMA.

There is always an economy somewhere in trouble — its just the nature of things. Over the next five years the collapse of the US economy isn’t anything anyone needs to worry about but rather the imminent failure of a multitude of economic structures inside China that should alarm people.