I have been feeling a bit more sluggish than the usual fatigued feeling I should be having since yesterday morning. Not sure exactly what it is, but its definitely not a part of routine workout fatigue. I decided to go ahead and go on my planned run but at a much slower pace than usual. So far I’ve been running 4 km right at 20 minutes, which for me is a decent cardio rate, but not close to anything speedy (this is a precise 8-minute mile or 5-minute kilometer). Its interesting that I find myself consistently running that speed despite running steep hills, as it is the exact pace I was taught to run long-distance at when I was in the military. 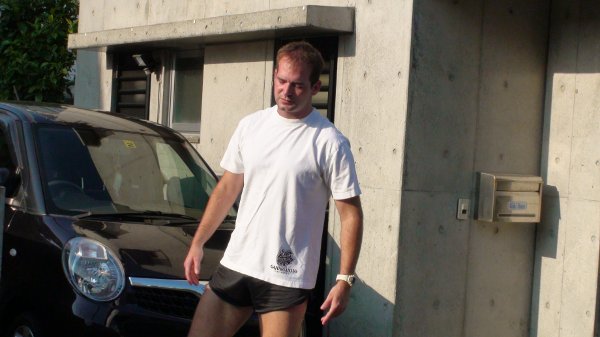 Not looking forward to this run…

Even though my hamstrings were completely useless and I really felt as though I was running a 9 or even 10 minute mile, the run wound up being 21:16. Significantly slower, but not as slow as it felt. I think I just felt slow… in general. Everything about me felt slow and sort of nasty today.

After my run I felt marginally hungry, so I decided to head over for some more æœãƒžãƒƒã‚¯, though its the last thing I wanted to put in my mouth. What I really felt like was eating a few cheeseburgers or something, but they don’t serve that stuff until lunchtime… Of course the breakfast burritos they serve in Texas would be awesome (and I’m sure a huge seller in Okinawa), but they don’t have those on the menu here, either, dammit.

Frustrated with my feelings of physical un-wellness, I decided to take it out on my food
I’d had enough by the 5th frame and called it quits

I was really starting to feel sort of unusually bad by the end of breakfast, but I’d resolved to at least go through with my weightlifting plan, even if I had to call off boxing for the day. My hamstrings were so tight that I wouldn’t be able to kick at all anyway so there wouldn’t be much point in heading to the boxing gym in any case.

Weight training today focused on arms — specifically, biceps and triceps. Some people don’t like to work out this way, but it works very well for me. But today I noticed that other than just feeling like crap in general my triceps were already pretty burnt out from the week of boxing. That shouldn’t have surprised me in retrospect, but whatever. First week on a new workout plan and funny things happen.

I decided to focus on biceps and hit those first, but go a bit light with it because I just wasn’t feeling very good. Here is how the workout wound up:

Outie Preacher Curls:
[Note: “Outie”s are performed on an EZ-bar with the wrist rotated as far to the outside as possible, instead of rotated to the inside as is usually seen. It makes you feel a lot more wimpy by removing the forearm muscles from the lift. Lots of lifters hate these and never do them.] 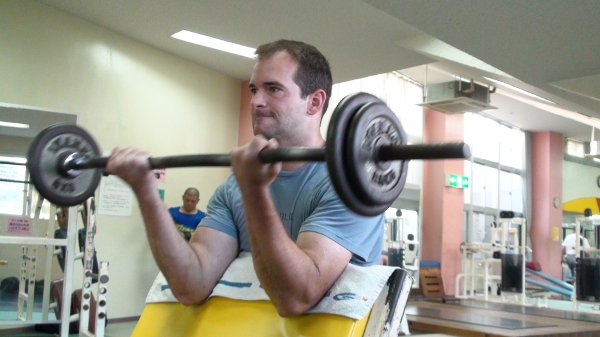 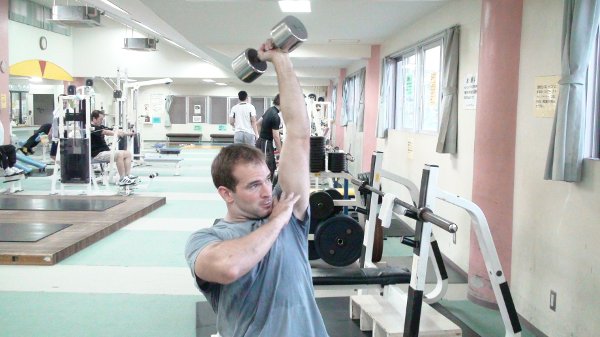 After working out I felt better than before I went, but something just wasn’t right. I couldn’t put my finger on it because I had a lot of factors influencing my body at the moment, including diet, my workout plan, my lack of conditioning coming into this, and… the feeling that I might be getting sick.

I’m the type of person who doesn’t usually have time to get sick, so I just don’t.

This thought crossed my mind as I went to McDonald’s, but decided to get take-out because I was beginning to feel a little weird already. 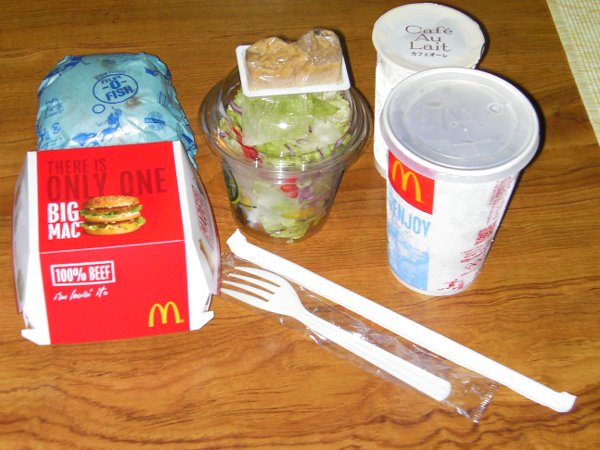 After eating my evening meal, I started feeling increasingly weird until it finally happened: ‘Splode-ass. I had contracted the horrid ‘splode-ass from somewhere. Usually kids get that and I haven’t had a lot of contact with kids since I was a teacher years ago, so this surprised me… but there it was, undeniably boiling in my guts… I didn’t have a stomach ache, no headache, nothing like that. Just some explosive butt-soup. Dammit! How can this happen to me one single week into this experiment?!? I have some seriously crap luck (literally).