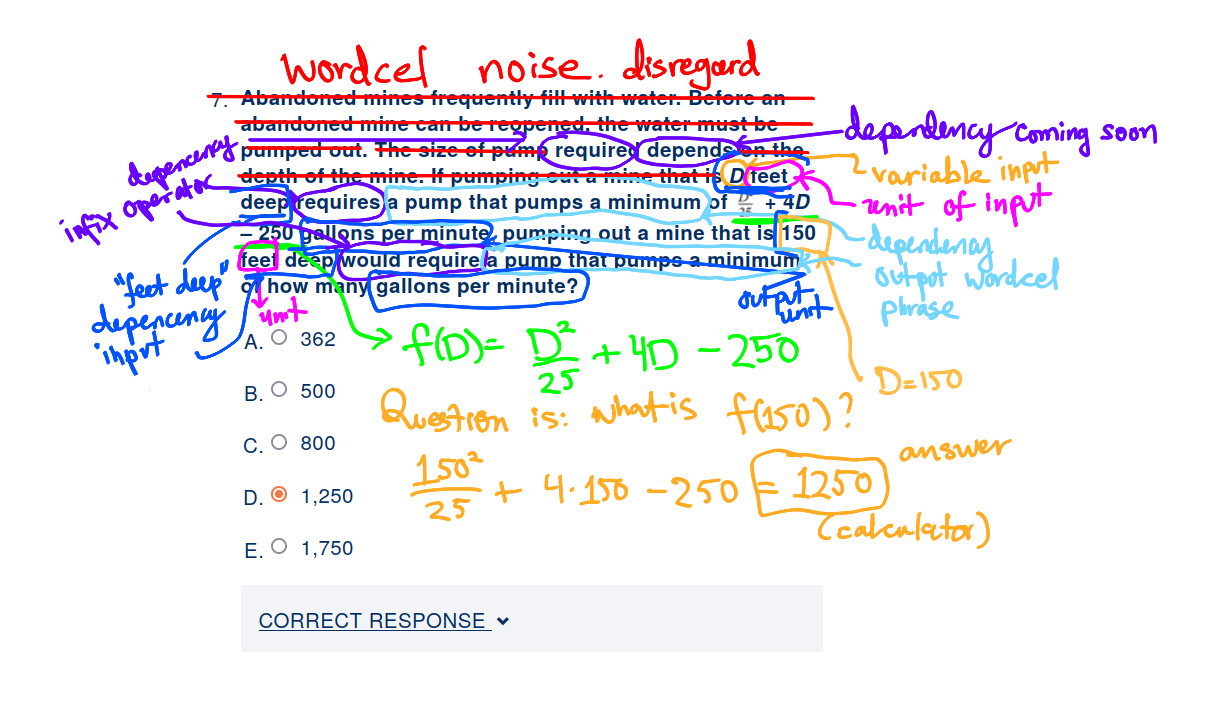 If you don’t know, I have a series of “podcast length” mathematical documents that I call Revelations, which you can find on my GitLab. I’m composing a new one (Revelations 27) right now about WF Algebra, which is a mindblowing take on formal logic. I wrote out the introduction, and it fits well with what I’m doing here. So here you go.

If you’re curious about the formal logic language (WF Algebra), Craig Cannon and I did a stream where I explained it to him. Links at the bottom.

There’s two answers I’ve heard to this question that I’ve liked. The first was from my 10th grade calculus teacher: math is the study of patterns.

The second I believe to be a quote from Michael Atiyah1: math is the art of precise analogy.

If you asked me, I would give Atiyah’s answer.

If you ask an ordinary person, they will probably give one of the following answers (in different verbiage):

For instance, here’s a problem from the ACT’s practice exam for the math section: 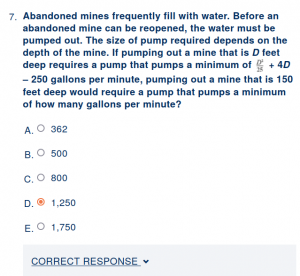 Mathematics education in the US suffers from a system of perverse incentives. University admissions are mostly based on scores on standardized tests like the ACT. Actually, before I explain that, let me explain why the answer I chose is correct.

Most of the ACT questions are trick questions or weird word problems like that. The general solve procedure is as follows:

Let’s go through those steps

As you can see, the actual mathematics involved is very simple: plug a number into a function. You might literally be able to train a monkey to do that. Almost all of the difficulty is in deciphering the ridiculous manner in which the problem is phrased. All that is required mathematically is that you can read standard mathematical notation and type things into a calculator.

Why is this problem in the math section?

Well, because the ACT Math section is not really a math test. It’s an IQ test. Specifically, it’s attempting to disambiguate “spatial intelligence” and “verbal intelligence”. I’ll have a lot more to say about this later. I want to do a revelation walking through the logic of IQ. As far as I can tell, it’s pretty simple. There’s quite a lot to cover before we get to that. I gotta teach you a lot of geometry and a lot of linear algebra.

I promised I would explain the perverse incentive structure that leads to terrible math education and ridiculous ACT questions. Let me do that right now.

A more accurate version is that everyone kind of ends up agreeing to some standard over time. And for newcomers, the cost of deviating from that standard is preposterous.

In the US, electrical outlets are standardized to 110 volts alternating current at 60 cycles per second. Is this the best standard? Probably not. But it’s the standard. That’s important. Can you imagine if a country had two incompatible power grids? That would be retarded.

It gets worse. If you’re a software company, you can attempt to buck the trend by writing your code in a non-OOP language. That’s often a superior technical decision. But you will find it almost impossible to find talent. It’s very difficult for oopers to unlearn OOP. You’re better off hiring people who have never written a single line of code ever, because their brain hasn’t been poisoned with OOP “design patterns”. So, from the perspective of the company, you can either accept the OOP technical overhead (which all of your competitors also suffer), or accept the human resources overhead (typically much larger).

Crucially, that HR overhead is convex. If your company becomes sufficiently large, you no longer have the capacity to judge potential employees as individuals. You have to pick an arbitrary standard and judge them against that standard. That becomes extremely difficult when you’re not following the same standard as everyone else.

Usual disclaimers about broad generalizations apply. But, the programmer job market tends to demand interchangeable programmers with a more or less standardized set of skills.

So…it makes sense for CS departments to train their students in Object-Oriented Programming. The absolute best thing you can say about contemporary universities is that they are expensive trade schools. Universities long ago abandoned the Ciceronean idea of education as a means of sharpening the mind and creating the “ultimate individual.” There’s a lot more money to be made in white-collar vocational training and communist indoctrination. Universities charge students outrageous quantities of money with the promise of delivering an upper-middle-class income at the end of the rainbow. In order to pretend to meet this promise, everyone with a BS in Computer Science needs to be trained against the industry standard.

The software industry demands standardized inputs, and so the universities respond by standardizing their outputs.

Well guess what? The exact same incentive pattern that leads to standarditis applies to universities. A typical university will get tens of thousands of applications for potential incoming freshmen every year. It is simply not possible to judge 10,000 people as individuals.

So, what do we do? Well, we give them all an IQ test, and admit everyone above a certain threshold (plus or minus some race commie bs). IQ seems to predict university and professional success pretty well. At least nobody has managed to come up with a better metric.

That’s what the ACT is.

K-12 schools need to produce standardized output, so they train students against the criteria for university admissions.

Of course, this entire system is ridiculous and filled with circular logic. It is premised on an absolute abandonment of the Ciceronean educational system. At a deeper level, this situation is the outcome of an abandonment of individualism. There’s a lot more I could say about this. I’ve probably already said too much.

Anyway, that’s why you have to spend 12 years of your life solving problems like this.

It’s too expensive to judge you as an individual, so everyone has agreed to judge you on your ability to solve that problem.

If it’s not clear: I hate this system and I want to destroy it. Luckily, we appear to be living through the greatest collapse in institutional credibility since Martin Luther. We have an opportunity to build new institutions that don’t suffer from the commoditization problem. I don’t know how to do that. I don’t know if it’s possible. But it’s definitely worth attempting.

My specialty is math. I can see very clearly how this system of incentive structures has trashed mathematics education.

Every math major has the following experience:

I want to convince you that there is an entirely different subject that is also called “mathematics”. Let’s call it Mathematics 2. Mathematics 1 is horrible, ugly, confusing, and is intentionally designed to maximize human suffering. Mathematics 2 is simple, beautiful, full of wonder and mystery, and yet still makes an unbelievable amount of sense.

So, if you don’t mind, I want to take you on a tour and show you some of the wonder and joy of Mathematics 2.

Today, I want to walk you through The Logic of Logic.