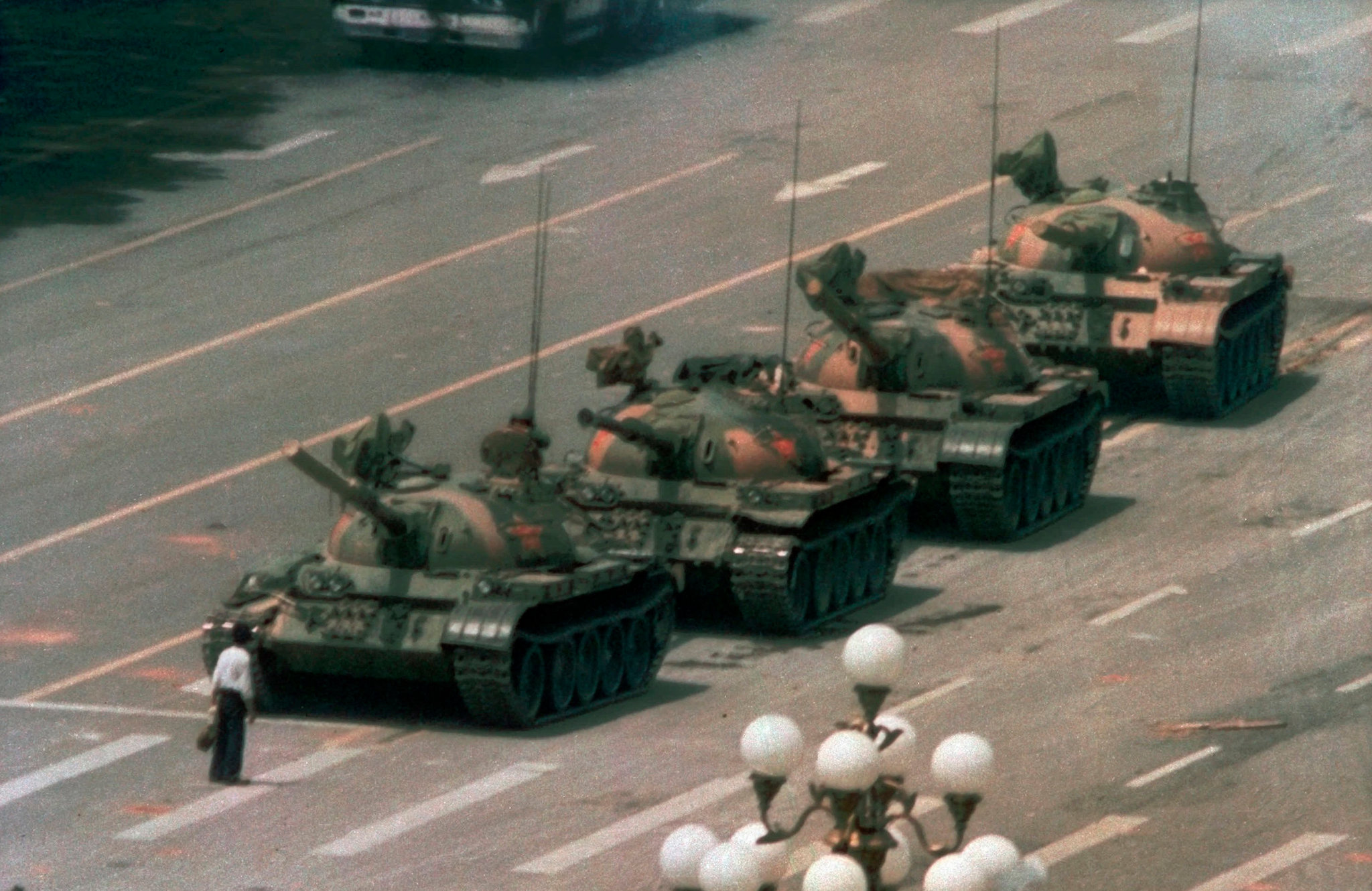 Last summer a massive typhoon hit southern Japan, Taiwan, and eastern China. In Taiwan and Japan, such things are minor annoyances. Not so in communist China.

You would think that a 5000-year-old civilization whose mythology centers almost entirely around managing floods would have the whole “managing floods” thing sorted out. But apparently not.

My favorite demonstration of this is the “watering the streets” situation. (video link).

The key aspect I want to focus on is what CMilk says at 1:15

I want people to understand the mentality. When we saw this clip, we didn’t look at each other and say “how ridiculous.” We said “that makes sense.” Because in China, you can’t question why you do things.

Actually I recently had an interview with a guy who went through the university system in China for med school. You can’t question the teachers as to why a certain accupuncture point will work, or why a medicine works, because it just is.

And this guy driving this truck, he’s not dumb. He just is doing his job. Because he can’t be the guy that steps out and says “why are we spraying the streets amidst a flood?” I can’t be that guy cause then I’m gonna go on the chopping block and be like “what are you trying to start a revolution?”

He’s gonna get out there and he’s gonna do it. Until someone tells me to stop, in the government, I’m gonna spray the roads. And you have to understand how common that is in Chinese society for that to prevail.

It’s always common sense in the back, and then in the front, it’s what the government tells you to do. And this is just one symptom of how many things operate.

That idea: common sense in the back, compliance in the front, is what Timur Kuran calls preference falsification. This is one of two ideas I want to talk about today.

These concepts fall into the category of “things we talk about all the time, didn’t have a word for, didn’t realize we needed a word for, because we didn’t consciously recognize that there was a concept there lurking in the background that could be carved out, clearly articulated, and given a word.”

These ideas (on their own) are powerful enough to explain

This is going to be a long rambling post, because it’s mostly a means for me to organize my own thoughts. Which is I guess what writing is.

I want to carve out those concepts, give loads of examples, and articulate how this fits into my larger chromopill framework.

I’ve been following the events currently unfolding in Canada. I see this ending in one of two ways:

I am hoping for the Ceauşescu path. But it occurred to me, writing out this article, that the framework here suggests Castrato will choose the Tienanmen Square path.

Eric Weinstein suggested watching his podcast with Timur Kuran. And WOW is it a must-watch.

Timur Kuran coined the term “preference falsification”, and Weinstein coined the term “message violence”. I have not engaged with Kuran’s work outside of that podcast, so I don’t know what to suggest in terms of reading. Weinstein mentioned his book Private Truths, Public Lies

It’s on my reading list, but I have not read it.

I think the best way to explore this concept for now is to just give tons of examples. This is I think true of any new concept you encounter. Especially those of the “I didn’t have a word for this because I didn’t consciously recognize it as a concept” variety.

The general framework I’ve worked out so far is as follows: 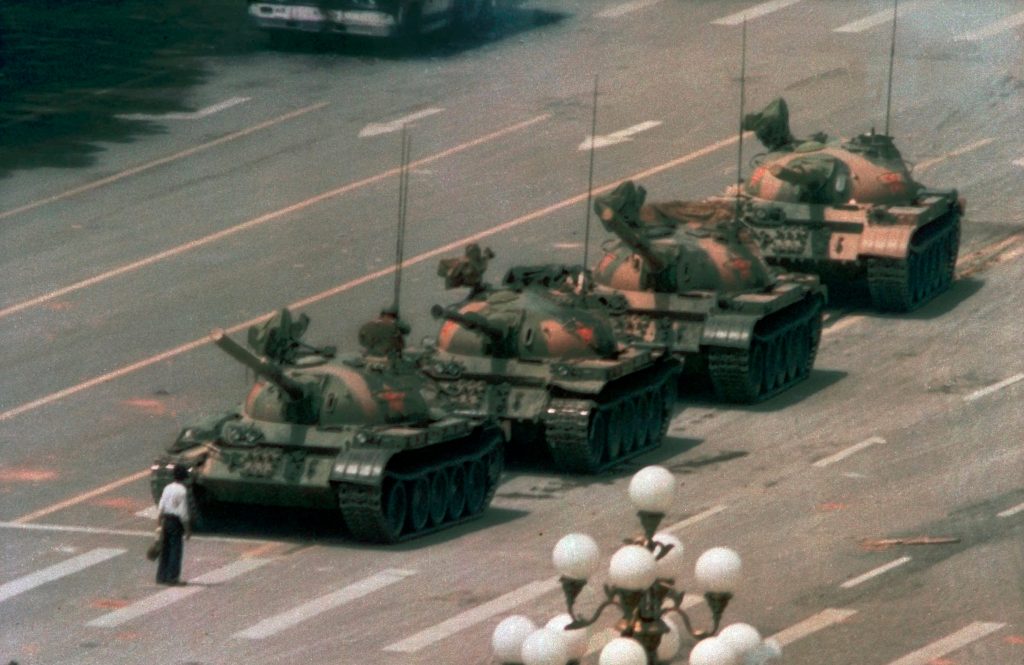 There are many great examples of message violence, and I will cover a few of them. But certainly the most iconic is The 1989 Tienanmen Square Massacre.

Young Chinese people were pissed off that some guy died or something and went to protest in Tienanmen Square (think the front lawn of the White House). This was around the time that communism had started to fail around the world (late 80s).

The protest lasted like a month and a half. The CCP ended it by ordering the army to fire on their own citizens. The Tank Man photo came out of that situation.

It’s interesting to me how heavily the CCP now censors anything remotely related to Tienanmen Square.

Most flavors of anarchism and Marxism contain this weird idea that power is self-legitimizing. Meaning the only reason power is ever viewed as legitimate is because it is powerful enough to make people think it is legitimate.

So according to this theory, wouldn’t the CCP constantly remind people of Tienanmen Square?

Anyway, the reason I brought this up is because it’s interesting to compare the message violence of Tienanmen Square with what happened in Eastern Europe around the same time period. The communist regimes in Eastern Europe allowed protests to take place, and it wound up being the end of the regimes. The CCP fired on their own people, and they’re still around, and more powerful than ever before.

Wannabe communist dictators like Castrato are going to take note.

Along a similar vein, why won’t Kim Jong-un just give up his nukes? Well because Kim saw what happened when Saddam Hussein and Moammar Gaddafi tried that strategy.

In polling, there’s a concept called [social desirability bias]. This is where people will lie to pollsters in order to fit some perceived social preference.

The classic example is condom sales: poll a sample of men and ask them how many condoms they purchased in the last year. Then use that data to infer the total number of condom sales that must have occurred. Then compare that number to IRL data of condom sales. You will find a massive asymmetry.

Men will lie to the pollsters. They will inflate the number of condom purchases, to make it look like they are having a lot of sex. Why would people lie to anonymous pollsters? I dunno. But it happens

Maybe part of the answer is that, in the era of big data, there’s no such thing as “anonymous polls” anymore. If the pollster has your phone number or your IP address, you aren’t anonymous. They can very easily cross-reference that data and learn everything about you.

It’s possible to interpret instances of polls being wrong as instances of preference falsification, although I’m not sure how one could falsify this idea.

I might do more posts getting into this later. This post is getting too long. Each of these are interesting, but most of them require a lot of background research and more than a paragraph or two to explain

What to do about this

The whitepill is that preference falsification regimes are inherently unstable.

It’s likely that you are facing the problem of preference falsification in your own life.

So. What is the right way to deal with it on an individual level? I don’t know, but let me suggest a framework, and we can improve on it later.

The short answer is:

Let me hedge: you know more about your situation than I do. It might be the case that your ability to feed your family depends on playing along with a preference falsification regime. And I’m not going to sit here and tell you to let your family starve out of principle.

First, you should avoid putting yourself in a situation where you are prone to preference falsification. For instance, if you are a young, brilliant person with interesting heterodox ideas, avoid academia and avoid the corporate world.

One thought on “Preference falsification: common sense in the back, compliance in the front”