I woke up today feeling pretty bad. Actually, I was hoping that I could just get this over with and die quickly instead of suffering it out. My head didn’t hurt, my stomach didn’t hurt, my eyes didn’t hurt, my ass didn’t even burn when I expelled what seemed to be gallons of butt-pee. Nothing specific hurt. Just my whole me hurt. Like deep inside. It sucked horribly. It exacerbated all of the little soreness and tightness and tiny pains I had built up over the week. 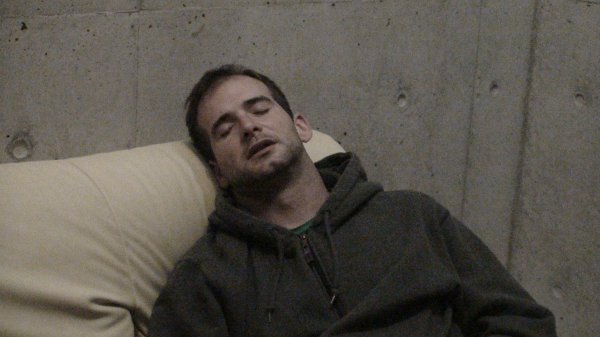 Me, feverish and feeling horrible.

I had only planned to do a forearm workout today and box if I felt up to it… well, boxing was certainly out of the question and going to the gym would have been an exercise in bowel control that I would rather not try. I couldn’t bring myself to eat anything until about 13:00, and when I did I ate very little… 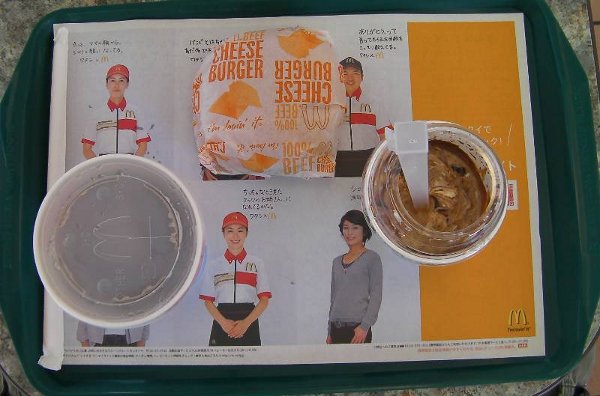 One cheeseburger and a McFlurry. That’s it for today.

One meal was all I could deal with today.

I spend the whole day laying around feeling pretty miserable. I was very angry about getting sick, angry at missing workouts, angry that I couldn’t eat, angry that every time I felt angry I had to spray McSoup out of my ass… this whole day just sucked serious balls. And I was alternately burning up with an average 38.8 C (101.84 F) fever and suddenly sweating my ass off. Not very fun.

I wasn’t giving up on the experiment just yet, though I did have to violate one of my rules because of my extreme sweating. I had lost so much fluid and electrolyte content through sweating and assplosion that I seriously needed replacement of both. I permitted myself to drink Pocari Sweat, a fluid replacement drink produced by a medical company here in Japan. Its very light, contains almost no calories per liter and has a pretty even mix of salts. This is my favorite sports drink, actually, though I don’t usually drink any sports drinks because they are usually designed and marketed with the general public’s palate in mind, not for the strict benefit of actual athletes (look what’s happened to Gatorade). Pocari Sweat does not taste very good unless you actually need it, though it tastes a world better than ORS which is notorious for tasting like lightly salted ass unless you are in dire need of salts.

About 15 minutes or so after drinking about 500ml I felt a world of difference. None of my symptoms went away, but my dehydration headache which had become constant regardless how much water I put down suddenly vanished as did about half of my feeling of fatigue.

I still feel like a big bag of crap, though… Not a happy face day.