I woke up this morning feeling a little more sluggish than usual, a little more dehydrated than usual but otherwise better in all ways than I had felt the last three or four days. Thinking back it is pretty obvious to me now that I was getting sick for several days but just refused to let myself acknowledge it. I either wanted to write it off as normal fatigue, the effects of a high-fat diet on a stiff physical schedule, or simply explain it away as my penance for not having spent a month training up in preparation for this. All of those things are certainly having an effect on me, but nowhere near what being actually ill did.

Mondays are heavy days with three events scheduled: a run, weightlifting, and then boxing in the evening. I was sure I wasn’t going to make all of those happen today, but I was going to at least try to do something, even if I fell far short. I wouldn’t know how good or bad I really felt until I put my body through at least a few paces. 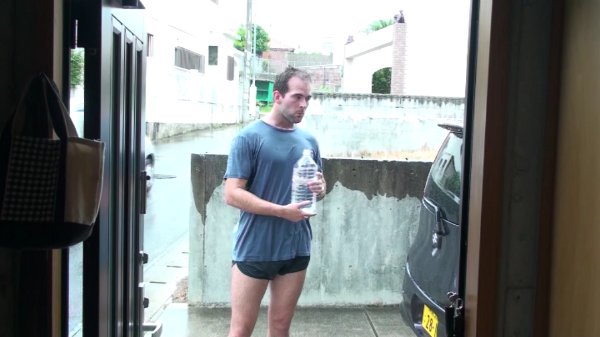 After my run. Weather was crap, so was I.

I started with a 4km run which I expected to run at an extremely slow pace, but finished out in 20:29, which is right at the same 8-minute mile pace I was running last week, so apparently feeling miserable and running in the rain didn’t upset me too much… at least not while I was actually running.

After my run I had the sweats again, bad. I took a shower but as soon as I finished it I realized I wasn’t really wet from the shower, but from sweating. I didn’t feel hot, didn’t feel bad, but I started to feel dehydrated very quickly. I drank lots of water, and simply sweated it out. This went on for about an hour. I finally stopped sweating and wound up with only a dehydration headache to show for my morning run and sweat session. I decided to finish off my 2 liters of water and switch to Pocari Sweat, which did the trick for the headache. 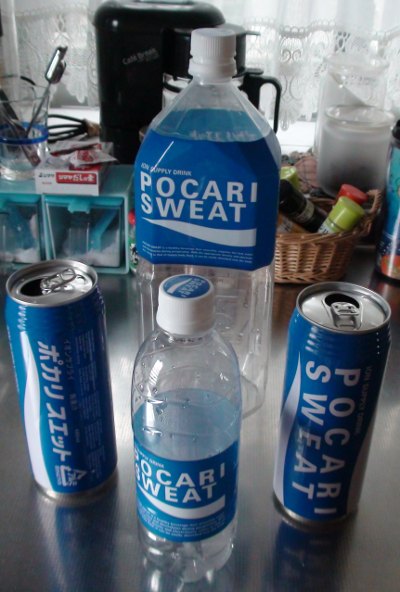 I felt a little strange for a few hours after my run and far more fatigued than I should have, so I decided to call of the rest of the training for today. It simply wouldn’t do to head to the gym for a weight workout and either suffer another uncontrollable sweating spell complete with its accompanying headache, or crap my pants on the bench while trying to move something heavy better left unmoved. Going to box would have been an even more disastrous experience if things happened to go not my way.

I didn’t feel hungry until quite late, and this turned into another single-meal day, though this meal was — for the first time in days — normal in size and composition and was prompted by an equally normal appetite. 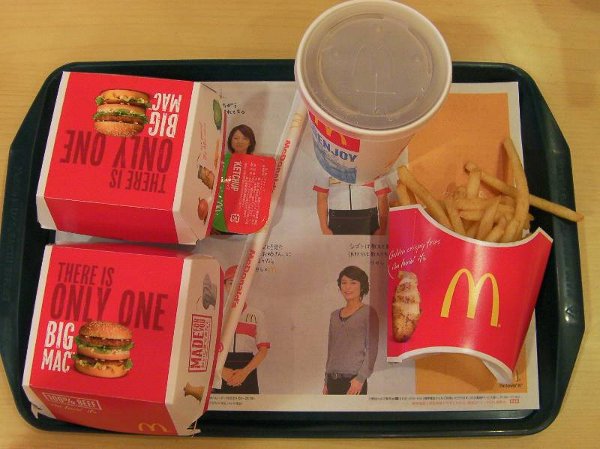 Even though I generally don’t like fries I was really hungry for them today, so I ordered some. I just wanted the flavor of something salty, I think, so I asked for a small with my meal… and laughed when they told me they don’t sell small sizes with meals. That’s funny to me by itself. A medium size is a ton of fries for one person to eat at once, but whatever. I was hungry anyway. Weirdly, though, after my meal I started feeling a little rough. Not nauseated or anything, just rough — almost like the sort of hangover you get when you forgot to eat the day you drank. I think I’d gone for too long without food before my run (around 20 hours between my last meal and my run), then waited too long between the run and eating and was now shocking my system with too much too fast. That’s the unfortunate effect of having a screwd up appetite and schedule, I suppose. 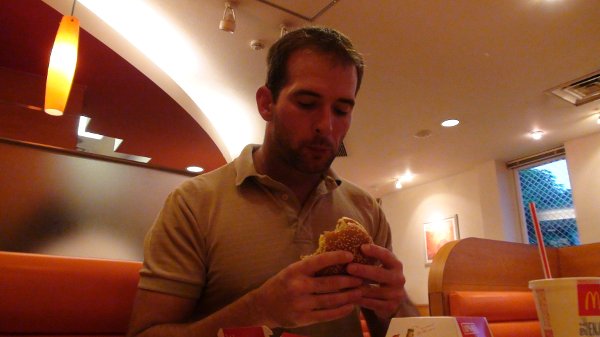 Feeling a little weird as I chomp into my second burger

I decided to pack it in for the rest of the evening and get an early night. Hopefully tomorrow will go a little bit better than today. Its not a run day, but it is a pretty serious lifting day (chest) and, of course, boxing if I can.

Even though I didn’t accomplish the things on my schedule I was happy with how today went. I didn’t sit around all day feeling sorry for myself and was able to head out and do at least one event, despite having been very sick over the weekend. This is how I find out how I’m feeling, to push myself a little bit and find out. I can feel fine all day sitting around, sick or not, but I never really know what condition I’m in until I step out and actually try to do something.