Today was the tenth day of eating nothing but McDonald’s while observing a high intensity exercise program. Unfortunately this was also the second day in a row that I was not able to complete all my events due to illness. I am definitely getting better, however, and was able to at least put in a light chest workout, though I had to pass on boxing again today. One scary note: in four days of being sick I lost 2.1kgs (Oh no!).

I suppose if I was a huge fatty I would be happy about that — diarrhoea is a fabulous way to lose a lot of weight after all — but I don’t need to be losing any weight, I’m already about 10kgs lighter than I’m supposed to be anyway! I weighed in at 87.7 on Friday afternoon but was down to 85.6 (above) by the same scale today. Yikes! I felt fine walking in, but as soon as I got on the bench I realized I was incredibly weak compared to three weeks ago — the last time I was able to execute a real chest workout. Here is how things turned out: 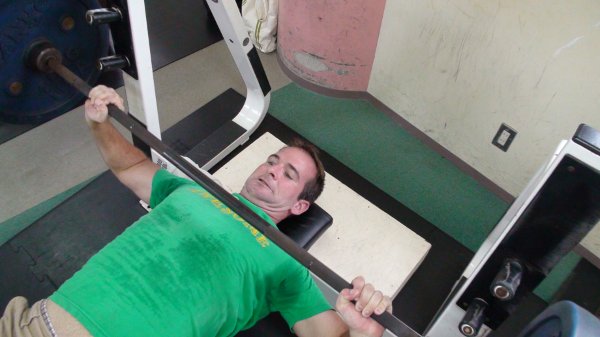 Let me introduce you to my benchpress frog-face… 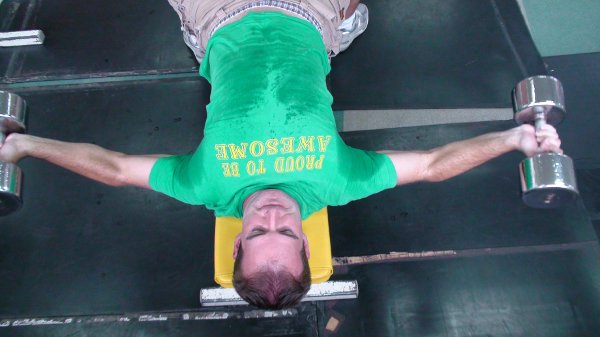 “Awesome”: The shirt might say it, but I sure wasn’t feeling that way today…

And that was all I had in me. I got tired so quickly that it made me really confused and I felt terrible. Not just terrible because I was underperforming by an enormous degree, but bad physically also. I felt pretty terrible about halfway through this, which is why I made flys the last exercise. I just ran out of gas. By comparison I had planned to do flat benchpress, flat benchpress (narrow grip), incline benchpress, dumbell press, and dumbell flys. My planned weight for flat bench was to start at 90kgs for 12 reps and work up to 120kgs for 6 reps and flys normally happens with 20kgs dumbbells, not 16kgs.

But I was sucking pretty bad today after my first set, so I just called it quits early. I was working out without a partner and I’m not going to hop under 120kgs without being confident I can get it off of me if I dump it. Unfortunately this also told me I should give boxing another pass today as well.

It was nice to get into the gym again but it just turned into a pretty depressing experience overall. Working out alone also has the disadvantage of not being able to have your friends or workout partners with you to cheer you up and carry your mood through a crap time like the one I’m in the middle of.

My plan for tomorrow is to run, lift and box, but just at reduced output. I’m really getting sick of hanging around all day thinking about working out and training and not being able to do much of it. The weather is also pretty bad around here and that’s not helping my mood any.

On a good note, however, I was able to continue feeding my face. So that was the one happy aspect to the day. I sure hope tomorrow feels better than today did. 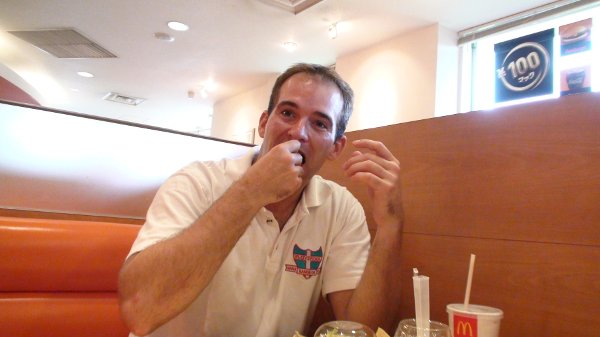 I’ve got a lot more of this to do if I’m going to make those 2kgs back and be strong again… (q.q)