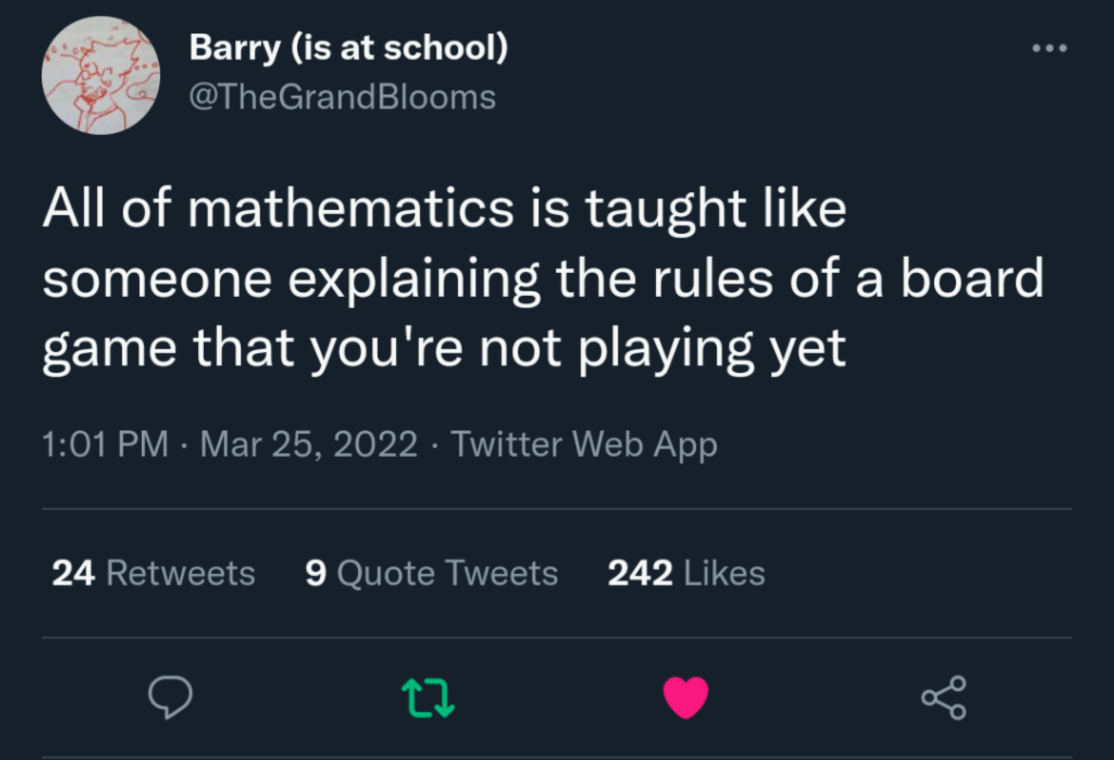 As part of some original work I’m doing (which I will be elucidating here for you all soonish), I’ve been learning about tensors, a subject with which I am only vaguely familiar. The tensor abstraction is very mathematically weird, because it is stateful. It’s almost like object-oriented programming ported into mathematics.

I wrote this in response to a question I raseeved on Gab’s Mathematics group.

The question was: why is infix notation bad?

The questioner had an interesting point, which is it that infix grammar sort of matches the temporal order of destructive updates of objects. And that got me thinking. Destructive updates are not usually a thing in math. Tensor calculus is the first time I’ve come across them.

And even in tensor calculus, the destructive update idiom is different.

So here’s what I wrote:

A number of reasons

Even in tensor calculus, the destructive update idiom is more about describing how a measurement will change given a change in perspective. The natural language to describe this category of destructive mutations to perspective is two-sided, not one-sided as in your example.

Roughly, instead of “George ran to the store”, it’s “George ran to the store, bought a cucumber, and then ran back.” And what you’re interested in is studying the cucumber, irrespective of where it happens to be physically located. Tensors are the language that describe how your measurements about the cucumber (say its length, mass, volume, color, etc) will change in a predictable way if you measure it here versus measuring it at the store.

More concrete rough example: you and I are on different locations on the planet right now.

Our measurements will disagree. Because we happen to be in different physical locations and so the sun will appear in different places for us.

Likewise, suppose instead of space, we were in the same physical location but separated only by time. That is, from the same observatory, I measure the location of the sun at 11 AM, and you measure the sun at 5 PM. Our measurements will differ.

That’s the basic intuition behind Einstein’s relativity, BTW. The analogy I gave is actually not that far off from correct, but in context, it’s a bit more abstract. Einstein invented our modern notation for tensors specifically to solve this type of problem.

That’s roughly the intuition of the type of destructive update you see in math. It’s not the same as “have a thing, do something to it, and now I have a different thing”. It’s more about compensating for different perspectives on the same thing.