Today was an interesting experience, not only because I was able to prove to myself that I’m emerging from illness without much lingering weakness, but most notably because I am doing it all on a McDonald’s diet. At this point, 12 days into my experiment, I should at least be feeling horrible if everything that Super Size Me had to say about McDonald’s was true. In fact, I shouldn’t be able to complete my workouts, much less make a physical comeback from a stomach flu and pursue a fairly intense exercise regimen.

My day started a bit late, but that is my fault. I got caught up in trying to transcode a bunch of video nonsense that we’d shot earlier in the day, or rather make sense of out a bunch of nonsense we’d shot. My tummy started rumbling and telling me to feed it around 13:00 so I headed for some takeout from McDonald’s. 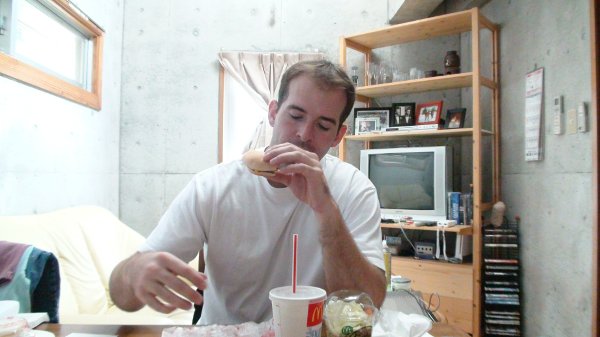 After my meal I didn’t want to hit the gym straight away, even though it was just shoulders day. Eating such heavy food makes me want to give it an hour or so to digest, but I didn’t have a whole lot of time to waste getting started this late, either.

My shoulder workout had a little bit more to it than last week, but due to a relatively busy gym I wasn’t able to secure a squat rack to do a rull routine of overhead presses. Adding to that was the fact that this gym has no dumbbells between 20 and 45kgs; they’ve got from 2kgs to 20kgs, and from 45kgs to 65kgs, but nothing between 20 and 40. So if I need, say, 35kgs — a very normal weight for my workouts — I’m just out of luck. So I had to settle today for doing five sets of 20kgs dumbbell overhead presses in place of doing a nice, graduated barbell or dumbbell workout. Does it really matter? No. In the grander scheme of my fitness it what is most important is that I improvised some solution and moved on instead of just looking at the gym and saying “Ah, its full, screw it, I’ll skip today…” As Yoda said: That is the path that leads to the dark side…

My workout came out this way: 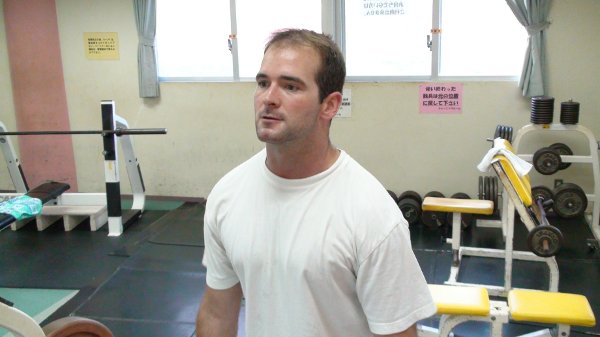 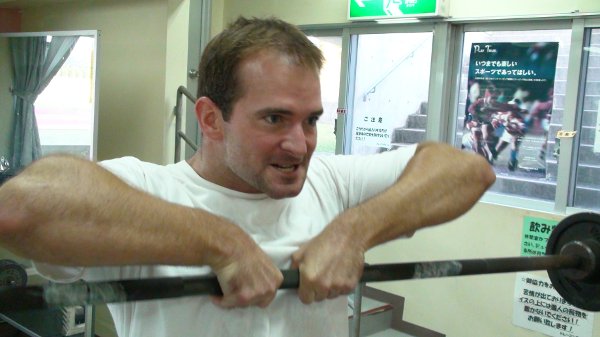 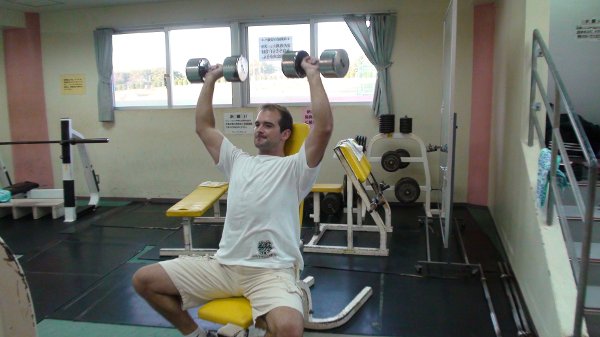 Rawr! I need different sizes than this! 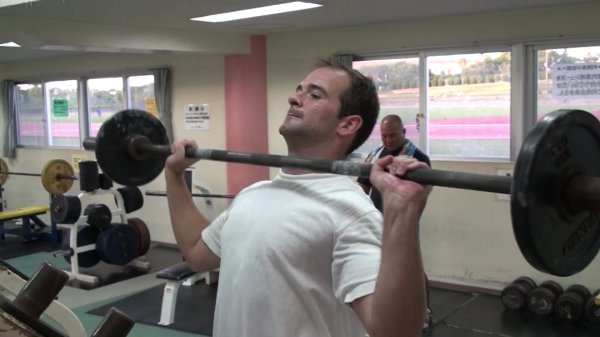 I’m still doing these in front of my head, hopefully next week I can alternate the way I like if my shoulder is up to it…

The squat rack opened up towards the end of my workout and I hopped in there to see if I had anything left in my shoulders but my single set of 10 reps @ 30kgs told me I was burned out already and should pack it in for the afternoon.

I grabbed a bite (or two, I was hungry) to eat on the way back home. I didn’t want to be in the boxing gym until eleven again tonight so I decided to try to head out as soon as I felt settled. I got caught up in writing the previous day’s blog entry but still was able to head out around 20:15 or so. I wanted to follow a slightly more demanding routine than the day before just to see if I could take it or not, but keep my focus on the technicals. 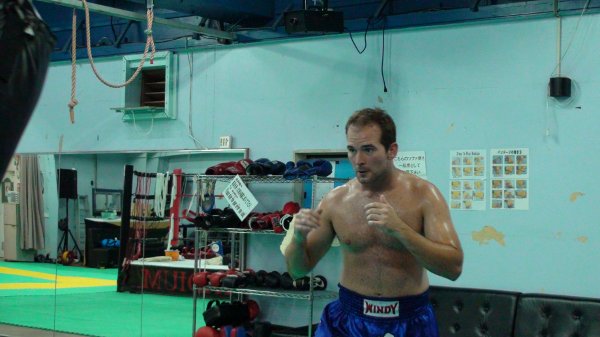 Waiting for the bag to swing back during front-kicks 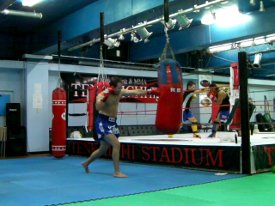 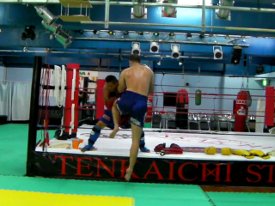 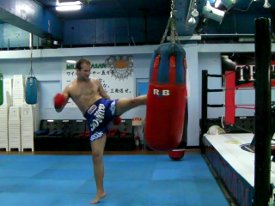 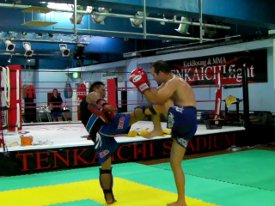 Left cross, flying knee, kicking, blocking: All things I need to work on…

I felt pretty good throughout my workout, though Farrap (the stout little trainer) started really picking up the pace on me my last two rounds and made sure I felt worn out at the end. Just to show him I wasn’t going to wimp out tomorrow I did a few sets of pullups after my workout. He thought it was funny. 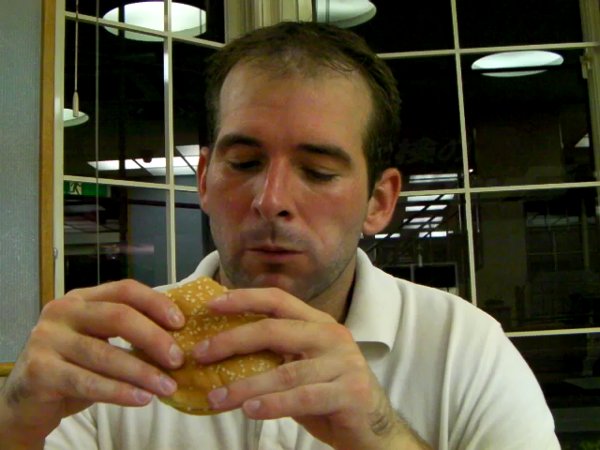 After leaving the gym it was McDonald’s time again. I am no longer very enthusiastic about eating hamburgers — they are pretty boring at this point, more like batteries than food — but I was starving so I ate pretty quickly and then left for home. Shower, bed… mmm… Overall it was a pretty nice day.