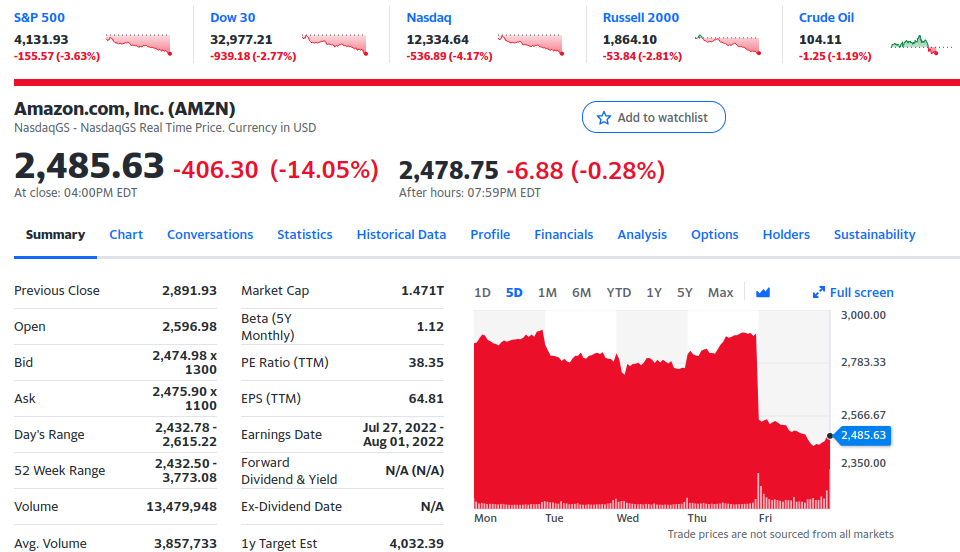 Every so often there are bubbles that are so big that they can’t help but become the foundation of even larger bubbles, and the froth of bubbles gets so huge that people start actually believing in the bubble mass as though it were a static, stable, real thing. Until someone turns up with a golden needle, of course.

Reviewing the market activities of the last week, I believe that both Russia and the CCP have been handed a golden needle moment where they can deflate the West’s froth economy while deleveraging their own, and do so in a way that benefits them strategically (despite some potential short term pain), though in the case of China the concept of “strategic benefit” must be viewed from the perspective of the CCP, not China as a whole (the CCP is currently China’s greatest enemy in the same way that the American Federal government is currently the greatest enemy of the American Republic).

In the stock markets we have had two days of stock market drops on low volume after a week of fake pumps. The pumps basically consisted of the fake financial press analysts making lovely sounds about the “Biden economy” during the day to encourage retail investors to buy in as institutions unloaded in after hours. The low volume thing is really important to understand. A fall on low volume means there was zero resistance (no buyers interested in finding the bottom), and that means retail investors were left holding the bag (as usual) and lost almost all confidence in the market. This also completely breaks the “technical analysis” algorithms that professional traders and HFT organizations use. That’s about as bad an omen as can exist in the wacky wild world of stock speculation.

The drops themselves were significant, as were related indicators:

There would normally be a major bounce on Monday, but this is where the golden needle presents itself. Putin and Xi, despite being mortal enemies, both have a major interest in watching the West implode faster rather than slower, but for different reasons. Keep in mind, the West is going to implode no matter what, the rate is the only question.

Putin wants globohomo to self-destruct before it can suicide the entire West in a permanent way (avoid the formation of a future European Caliphate on Russia’s border), and this would also relieve NATO pressure in the short term (this gets all the news right now but is the least interesting element of the strategic situation). For Putin the question is “Will the West implode on the WEF’s timeline or on mine?”

Xi wants the US to be distracted domestically with political infighting and economic crash consolidation so that he can be free to reset China back to Maoist control without any pushback. This will significantly weaken China from a strategic point of view and massively disrupt markets around the world, but strengthen the CCP’s domestic control and wipe out the Shanghai Clique. The CCP doesn’t care about China at all and is fully willing to sacrifice the nation to save itself.

Russia and China will be active enemies again almost as soon as the West disintegrates, and from Putin’s perspective if Xi wants to cripple China, well, fine, he’s not going to interfere. This is simple adherence to the ancient rule to “never interrupt your enemy while he is making a mistake”. It also means there will eventually be further contention among the three great powers of Asia (Russia, China and Japan), and though it is too early to know what shape that contention will take, it is likely that China will huddle up rather than manifest the capacity to project power leaving Japan as the potential conventional military power player in the region if it feels forced to take the lead due to a prolonged descent into rainbow-flavored madness within the American military establishment.

Also, Japan — the source of almost all carry trade loans globally and 2nd largest economy in real terms — is entering “Golden Week”, its nation-wide string of holidays. The whole country will be shut down except for domestic tourism and generally unable to respond to economic disruption for about 10 days.

Based on the above, this is the ideal opportunity for Xi and/or Putin to unleash some really horrible news to tip Western markets into full blown meltdown Monday. Possible headlines are “Russia defaults”, “Russia cuts the EU off from energy”, “Russia bans all wheat exports”, etc. and “CCP extends lockdowns nationwide”, “China defaults on USD bond obligations” or “China halts all marine traffic to Shanghai”. Whatever the headlines are, this is the perfect time for them to be shocking and bad. Note that all of the things I suggested above are things we kind of expect could happen anyway so they really shouldn’t be shocking on their own, but if packaged and spun the right way could be absolutely devastating reminders of how precarious things really are in the minds of already panicked investors.

The CCP is pretty clumsy when it comes to taking advantage of opportunities like this, but Putin is extremely savvy with this sort of thing. Having been handed a golden needle, I’ll be surprised if at least one of them doesn’t start popping bubbles.