I woke up on the 13th day of the experiment feeling good and ready to go. I headed out for my run around 11:00 as the weather started to get nasty, but running in the rain has never really bothered me — though cleaning my shoes out afterwards has.

I ran the normal route, 4km starting with a climb, then a long descent and then a final climb. As I approached the highest elevation of the run I ran into a wall of rain, but I was expecting that; it seems like its always raining on top of that hill. I felt sluggish for some reason through the first mile or so, but things got better as I continued. I didn’t make great time but I felt pretty good and finished in 20:49. That’s almost a full minute slower than the last run two days prior, but getting caught at stoplights and my mood could have effected that. 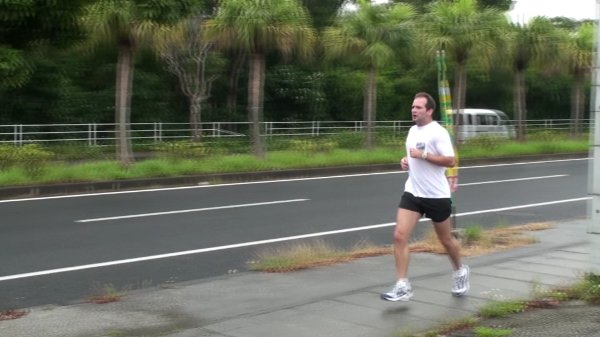 Coming back down from the heavy rain

Unfortunately as I started cooling down I noticed my lower legs were feeling a little bit odd. I was aching around my shins and calves and that means I’m probably getting shin splints. Whenever I am getting shin splits my old left ankle injuries can come back to haunt me and I can develop plantar’s fascitis pretty easily. I’ve had this before and know from experience that stopping running is not the way to solve this problem. Ensuring that my feet, ankles and calves are streched out regularly throughout the day — not just before and after a run — and performing lower leg exercises like ankle rotations and one-foot stands is the key. So I’ve got to keep that in mind over the weekend rest period and throughout the rets of this experiment.

I was pretty hungry because I had skipped breakfast again so I ate a large meal for lunch. I headed to the gym for an arm workout around 15:30. My triceps did not feel burned out like they did last week so I started with tricep exercises and then moved to biceps. My workout looked like this: 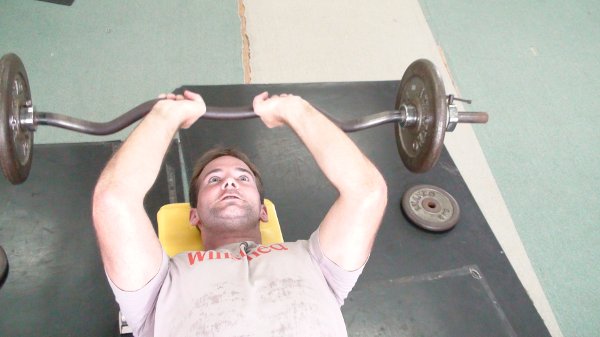 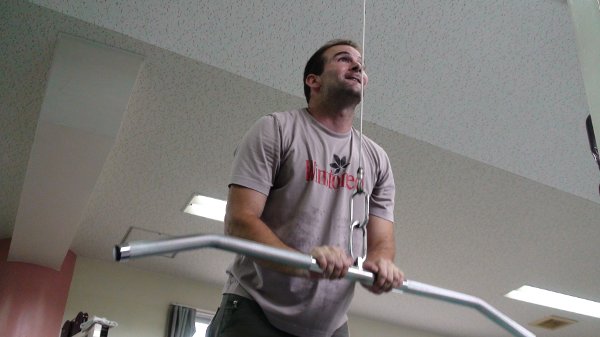 Mini-dips (on bench with legs extended on another bench, flexing hard):

To failure (in this case around 50 or so reps) 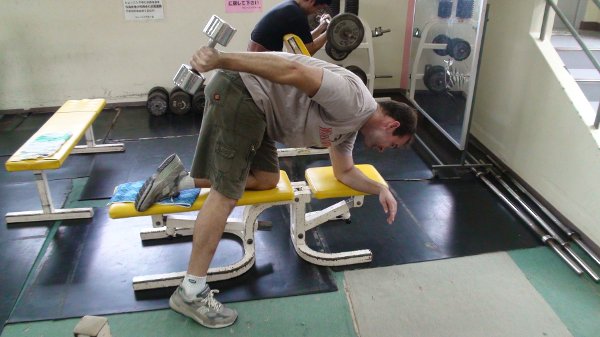 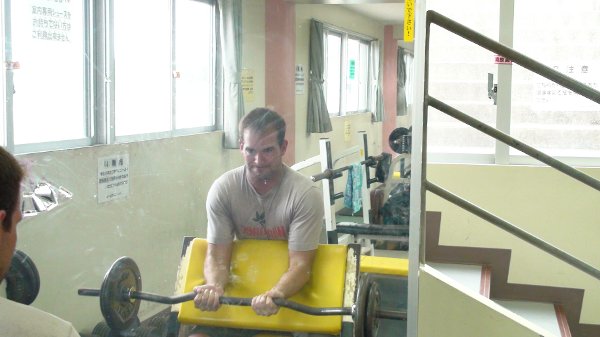 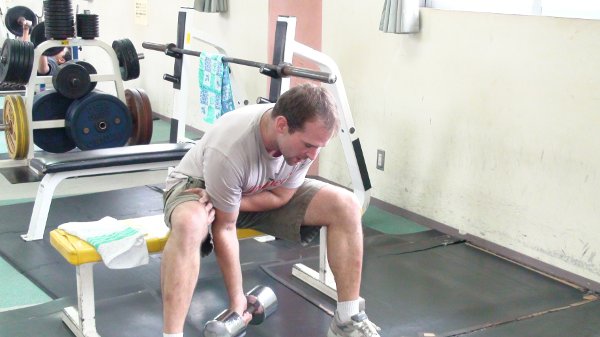 I was able to go up in weight a bit on the bicep workout but overdid it trying to hit 10kgs intervals on the way up starting at 20kgs. I really should have started at 25 and gone up 5 each interval but I got ahead of myself because I felt full of energy. With a partner that could have turned into a great thing because I could have been guided into putting out my absolute maximum effort with assistance, but unfortunately I’m going to the weight room alone these days with nobody to help me get the maximum benefit from each set (or to motivate me and keep me on track, either).

I had to run off and eat quickly after lifting because I had an evening time limit to adhere to. The following morning I was headed in to give blood for the second time and to keep the blood test accurate I have to fast for at least 12 hours before having the samples taken. That meant I had to eat early with enough time for the food to settle before heading in to the boxing gym in time to finish that early enough to finish eating before 22:00 to make my blood test at 10:00 the next morning.

I made the mistake of eating french fries with my afternoon meal and I could feel them in my tummy the whole time I was at the boxing gym. Nasty. But whatever, I didn’t throw them up and I actually felt like I was bursting with energy the whole time I was boxing. I had expected to run through a pretty low-intensity workout but I was raring to go so I hit everything pretty hard. My one problem was though I had intended to do two rounds of jump rope my lower leg aches came back so I backed off and only did one round of jumping. 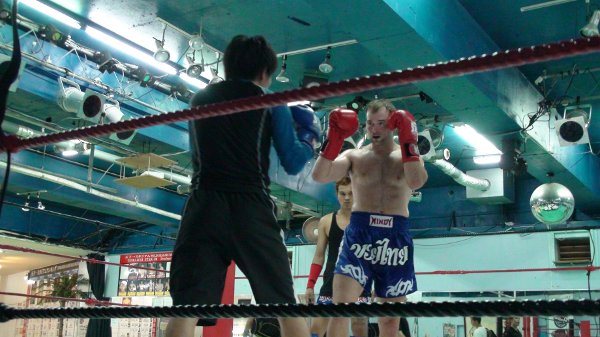 Defense sparring: where you practice trying to not get beat up (too badly)

Even though I was putting out a lot of effort during each of these I really felt like I had more energy and wanted to continue on with some heavy mitt training and movement drills but unfortunately time was just not on my side. It was already 20:30 before I realized it and I simply had to pack up and head out to eat or else I would have to go to bed on an empty stomach after boxing… and that would be miserable. A 12-round workout is pretty decent, though, and five rounds of that was heavy bag, which is nothing to laugh at, at least not to me.

The next day I had to head in to the doctor’s office to get my blood taken so it was time to eat and turn in for the night. Yawn. 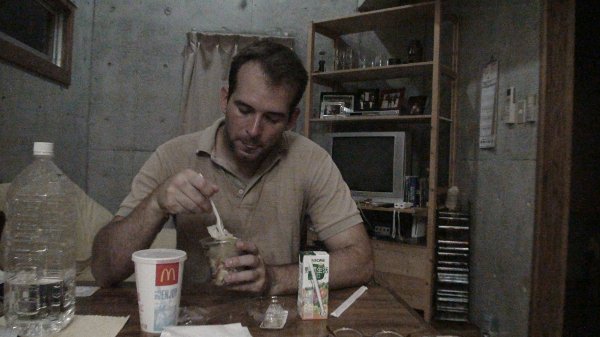