Its Day 16 of my Fast Food Fighter McDonald’s experiment. Over the weekend I gave my mid-term blood samples, got my body measurements and am still waiting for results of the blood tests. My body measurements, energy level and general sense of well-being so far all indicate that Super Size Me may, in fact, be a bunch of advocacy silliness instead of serious documentary work. I am very anxious to know the results of the blood tests, though. That is the final piece of the puzzle that will tell me what is really going on inside my body and whether or not all this exercise is actually just covering up negative things that may be occurring inside of me due to this extremely high fat diet. 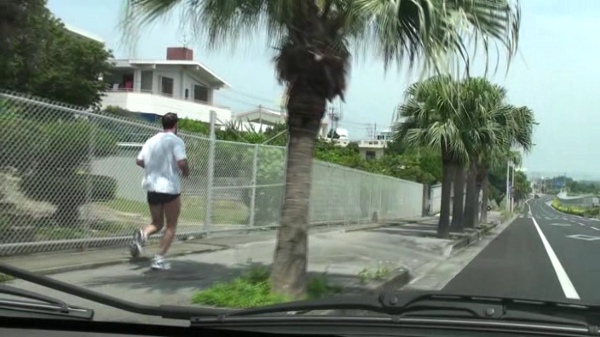 Today I started off with what I felt was a nice, light run. I ran the same 4km hill course I have been running lately and went about the same pace I have been going lately. Today’s time was 19:55, not such a big difference over last week — but then again, the idea here is not to be fast, but to be a decent workout for my legs and give my heart a solid middle level of stress.

I did change one thing over last week, however. Because I have started to develop shin splints (which is a minor condition, despite being occasionally extremely uncomfortable) I reviewed some video of myself running. I’ve never seen myself run before, so this was a unique experience. I seem run pretty rough and it looks like I have been moving up and down too much, jogging myself and maybe shocking my feet too much. I decided to try pushing my hips forward a bit and smooth my stride out the way I see the real runners do it. The first mile or so was actually pretty uncomfortable, but not because of the normal lower-leg stress and shock I am used to feeling — it was very tiring to my leg mucles. It made breathing easier and I generally felt better running this way, but my legs really started to ache. Running this way makes climbing hills easier, but going downhill is very stressful to my quads. At the end of the run my hamstrings were killing me, though. Pretty shocking difference. 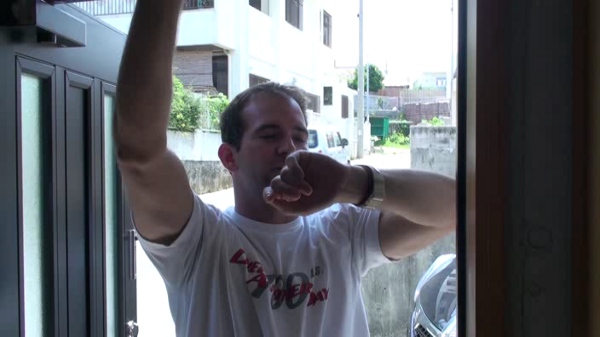 19:55? With a new running technique? I was pretty surprised, actually.

I’ll keep trying this running method over the week and see how things turn out. If I can get accustomed to it I’m sure it would be better for me over time. Today I did not have any lower-leg pain, and that was a great thing.

After my run it was time to eat and then head to the gym for my back workout. I had a typically detailed back workout planned starting with pullups, then moving on to seated row, bent-over row, pull-downs and finishing up with dumbbell see-saws. Unfortunately I went at exactly the wrong time of day and the gym was packed with people who all seemed to be obsessed with doing back workouts. In fact, one guy in particular hogged both cable pulls I wanted at the same time for over an hour! We also had some camera issues today which held me up and made us miss getting a few sets on video. I got very frustrated waiting during all of that so I did extra pullups and just moved over to the dumbbells for heavy see-saws and skipped everything else. I had already wasted most of my workout time waiting so I just needed to get something done and leave. 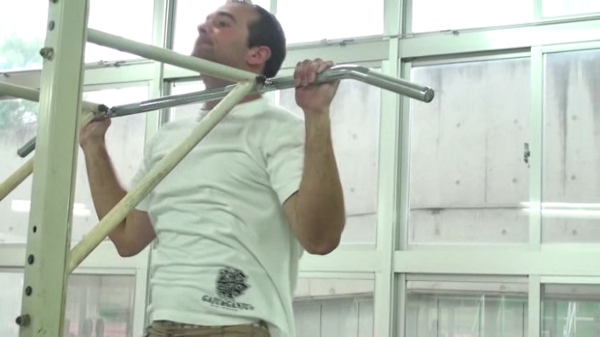 Pullups: a great exercise that I don’t like much — because I still suck at them 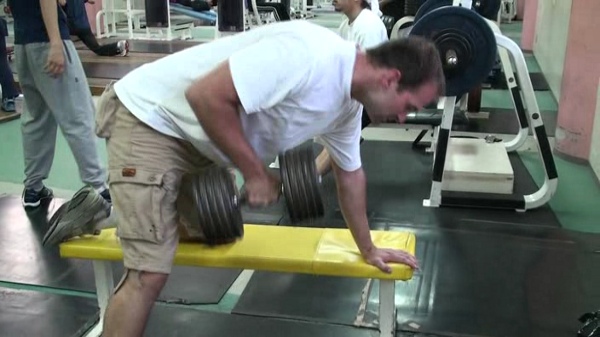 Why can’t this gym have something bigger than 20kgs but smaller than 45kgs? These things are huge…

Not much of a weight workout, but whatever. I got something done and those huge 45kgs dumbbells had an immediate impact on my back muscles. Those things wore me out. It wasn’t as clean of a workout feeling as I have doing a little lighter weight a little more properly, but it was my only available option this day.

I went to grab something to eat after lifting and headed to the boxing gym for a very hard session. 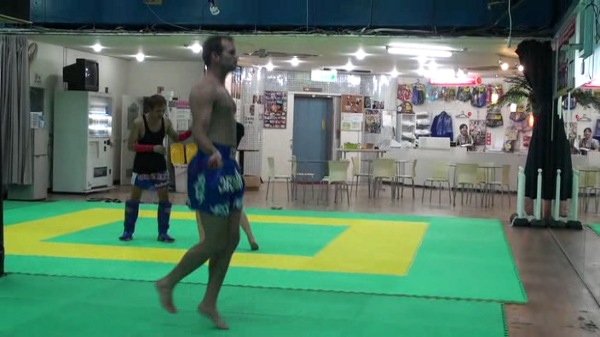 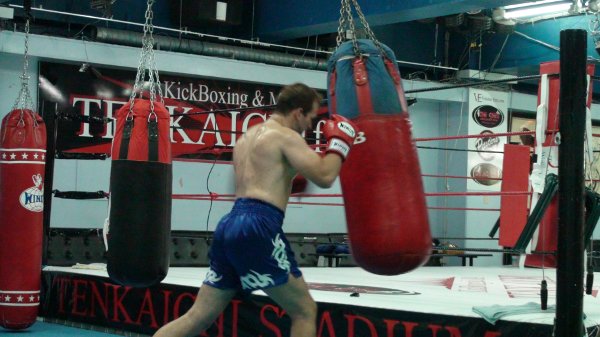 Practising those hard, low shots to the body 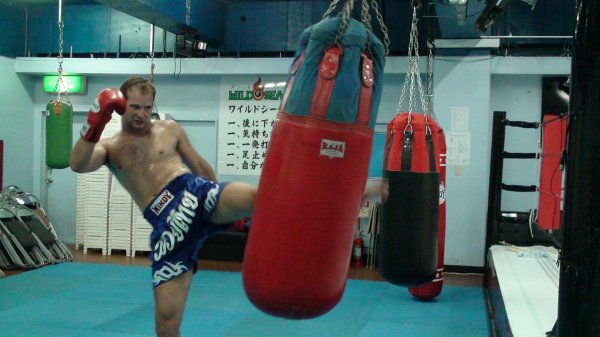 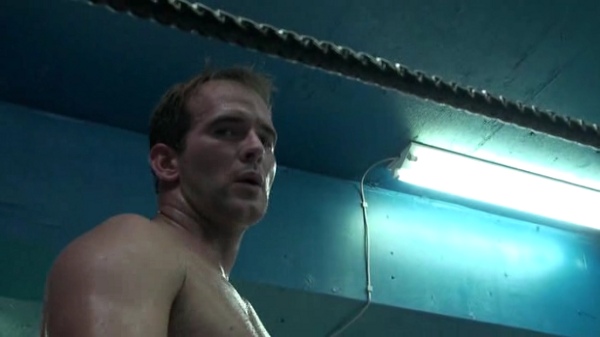 My tired face says it all… I was exhausted, but happy

That workout had me exhausted, but I was happy and had a really good time throughout it. Everything felt good and I never once felt low on energy, though I certainly felt out of breath a few times at the end. I did not take any rest periods at all, so that 18 round workout consisted of a solid 18 3-minute work periods with intervening 1-minute breaks between each round. It was rough, and I felt tired, but it was worth it. I really felt like I was making some progress not only with my fitness level but with being able to apply clean boxing techniques in series, which is really my main focus here as a beginning boxer.

I did have one problem, though… the jumprope. I use a very thick, heavy-weight jumprope and do not wear shoes while I’m jumping. For some reason today my timing was screwed up and I smashed the crap out of my toes about four times with that thing. Ouch! That’s a pretty painful and traumatic lesson. It feels like my toenails are going to get ripped off or smushed into obvlivion. Hopefully tomorrow I will not have the same problem. Yeouch!

My perplexed face. Not very happy with smashing the crap out of my toes.