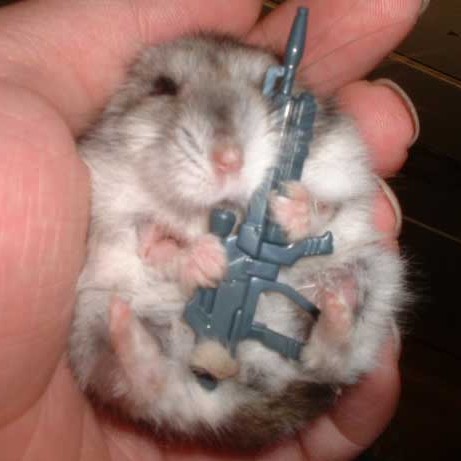 I mentioned earlier that this would be good news for the Democrats and the media types who have staked their careers on a failure in Iraq, and in fact, they are playing it up. Weirdly there’s not a lot of space to expand this story to sound worse than it is because its a fairly unambiguous event and it happened too close to Syria to be completely blamed on a “failing policy in Iraq” or on Bush himself.

The bombing news will likely fade away soon since it involves Kurds and ethnic cleansing, and people do not like to talk about that right now, as it might indicate that we’re doing the right thing by being there. This leaves the anti-Warrists with a choice between two unpleasant alternatives in media focus: they can focus on the bombing event which looks bad on first look, but upon deeper inspection reveals some serious and strong motives for actually being in Iraq as opposed to abandoning it to mass slaughter; or they can focus on the troop reduction plan Petraeus is working on now.

Which type of media event an anti-Warrist will focus on reveals which type of anti-Warrist he is. There are those who genuinely do not accept war as a policy (which in practice every society accepts war, or they soon cease to exist and are quickly stricken from the record of human history), and there are those who wish to be seen as original and free thinkers who are bravely rebellious antiestablishmentarians.

The vast majority of anti-Warrists are of the latter category. It will be easier for them to focus on the bomb news but not deeply explore the issues that go with it than to focus on the troop reduction plan. This type of political thinker will recognize that without a war to stand resolutely against they will be out of a job and require a new thing to stand resolutely against in order to maintain their perceived relevance. The focus on the scary aspects of the bombing and ignorance of the underlying issues it raises that are potentially pro-War is made easier by the contemporary media consumer’s lack of interest in complete stories. Very few make it to the end of a serious in-depth piece even on TV today. There are so many other things to do now that are more entertaining than understanding the real world. WoW, pr0nz, drinking, pr0nz, football, pr0nz… man, the day just fills up with synthetic experiences so fast.

The political media today is usually little more than entertainment anyway — just another synthetic experience. My words here are written just for me, read for the reader and in any event have no impact on what happens in Iraq or anywhere else. It is completely plausible for me to enrage a reader and start an online posting war back and forth over issues that are completely removed from us in space and time but we both simply feel very strongly about. Our realities are defined by our perceptions, and with that in mind, I restate that the news media is largely about entertainment value and not the faithful relay of current human events.