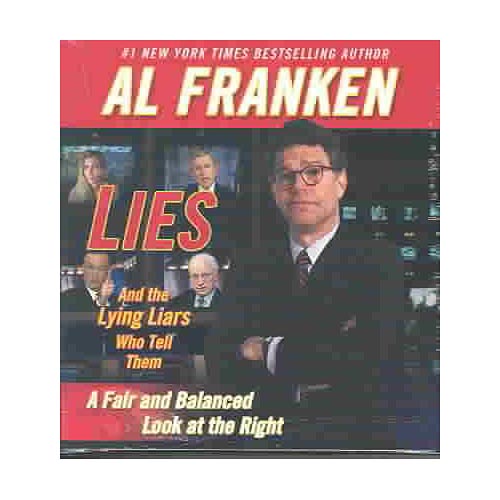 I couldn’t help but notice this book cover… I’ve never seen such an outstanding example of a meaningless title before. The amazing thing is not that the title and the subtitle are in direct opposition to one another, rather that this is the sort of thing that not only sells well but isÂ expected in political discourse today. Further, its not just tabloid trash — this kind of crap is taken seriously.

At any rate, its hilarious.

In other news… New York is worried not about centrally controlled groups, but about Middle Eastern immigrants who will project their personal problems on the society they now live in in a violent way. Wrap that in a little Islam and you have a terrorist, true. Nobody has dared to actually say this before, though, because it sounds too much like profiling.

Here’s another ridiculous tragedy in the making. If this guy killed his wife first, then his son, then the estate will pass to his surviving children. If he killed the son and then the wife, the mother-in-law will be entitled to part of the estate. How is she entitled to the estate when all she did was push her daughter off on a steroid-freak wrestler who later murdered her? So we’re giving her fabulous cash prizes for being negligent and raising her daughter to hang around dangerous, unstable men? This seems completely ridiculous. Also rather callous of her to fight some children over an estate to which she shares no blood relation. Nice going, Inheritance Law.

In other worthless news we have more empty gestures from people wealthy enough to engage in such self-therapy. Where was she when the crisis was actually still going on I wonder? I could research this and find some way that her apathy in the 1990’s somehow assisted the genocide in occurring, but why waste my time?

In somewhat worth-while news… This is an amazing turn of events, if it works out and doesn’t get exploded by some nutbag Palestinian… Japan has decided to support a special economic zone in the West Bank that is for Israelis and Palestinians both. Israel has done this many times and my recollections of living and working in Israel in the late 90’s and early 2000 was that there were no problems and the Palestinian peace party was all supported by Palestinian businessmen who understood that peace and hard work bring prosperity and eventual true democracy. They also understood that Israelis are outstanding technical achievers and impeccable businessmen and the benefits of working and investing with them instead of against them far outweigh the personal disgust they may have been educated to feel when dealing with Jews.

Economic progress is not something you can give someone, though. It is also something that you can’t really teach. Its like giving a car to a tribal society that in all their years never invented the wheel on their own. You can’t expect that car to run or be well maintained a year later. So this might work out, if the timing is right, but on the other hand, there have been numerous business parks in the West Bank since the late 1990’s, and they were all bombed into oblivion by the anti-Israeli Palestinians who know that if economic progress really takes hold and there is peace, they will be out of a job. The freedom-fighting industry tends to shrivel up and go away when you have real freedom, and then you have to get a serious 9-5. Its far more fun to call yourself a freedom fighter and run around the hills with guns taking what you want and oppressing your own people (in the name of freedom!) than buckling down, managing a family and a business and exiting this world in a quiet and far less spectacular way than self detonation.