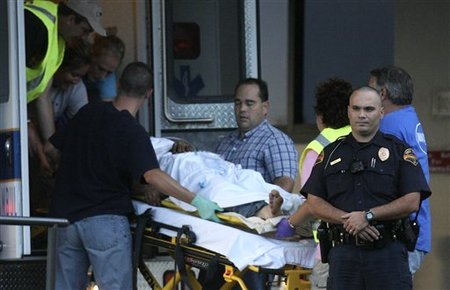 The national drama about the trapped mine workers is still ongoing. With the accident today that killed 3 and injured more rescue workers many will ask themselves if the cost of the rescue operation is worth the payoff if the trapped men are recovered. This question is often asked in the military when the number of soldiers lost in a rescue or recovery attempt exceeds the number of captured or missing. As a soldier who has been involved in a few recovery operations, my personal views are automatic: no matter the cost, trying is worth it. There are limits to what you can safely attempt, as with every operation, but the attempt itself has a high value of its own.

Why would I say this? Why is it worth it to risk my entire team (generally about 8 – 12 men), the air support personnel (usually between 4 – 8) and any local nationals working with me (usually the same or more numerous than my force) to rescue just one person? I am willing without hesitation to engage in rescue operations where a failed mission may result in more casualties, and so is every other solider I work with. The purpose of the mission is not strictly to recover human assets as one would seek to recover lost machinery or resources.

A person is still a person in the eyes of other people while that same person is an asset in the eyes of an organization. We have to be careful about words we use in which contexts and not get our terms mixed up. When I say “Joe is a great asset” I mean he is an asset to the team, which is an organization. That’s very different from saying “Joe is a great guy” because here I mean to me he’s a great guy — he could hold his weapon like dildo and trip over himself every two steps and I might still think he’s a great guy. There is a connection between the organizational view and the personal view, however, and that’s through the motivation of the person in question. Joe will work harder to holder his weapons like a trained killer and not trip over his feet because he wants to be valued by the organization and the people in it.

In our minds the attempt is almost as valuable as the recovery. Part of this is because I am absolutely confident that every reasonable effort will be made to recover me if I am captured. I know this because I have been involved in the planning, preparation and execution of rescue operations and now know the discussions, dilemmas and decision-making process behind such operations. Nowhere in this process is there ever a fleeting thought of not even trying to go after someone, regardless what the conditions are or how bad the situation is. Not trying is simply not an option.

A person removed from such events but iteratively fed permutations of the same story in the media hour after hour feels very informed about such things. Many people view commercial (or military) organizations as cold, self-interested bodies that count people as expendable assets as opposed to a group of human beings who have faced similar threats and challenges the captured are now facing. Organizations are not people, but they are made up of people. That motivating connection I mentioned above makes it better for the organizations and all the individuals in it to work together to work hard and risk much in the effort to save one of its members.

This kind of adversity brings out the best in people, and its an amazing thing to see. In particular it tends to bring out the best in Americans*. Even the most selfish and career-minded military officer or company manager or director, perhaps universally reviled by his inferiors, can be seen to devote an enormous amount of himself when a crisis such as this arises and. This creates a social ripple that can be felt all the way down to the lowest level of the organizational structure. It is (thankfully) rare that any leader will ever be found to truly identify his subordinates as a lesser form of humanity or in true disdain. Leaders such as that are quickly replaced and are offered no quarter by their former subordinates or superiors.

Even though some losses may have been sustained in the search for these lost men, the search is probably viewed as well worth it and there is definitely no lack of volunteers in the mining community willing to descend in search next, no matter what happens.

“Every reasonable effort” is a powerful charge, and that phrase is interpreted differently by the public who may doubt the value of a risky rescue operation than by those who are deeply involved in the situation and will face the risks of such a rescue themselves.

[*I’m not trying to be uber-patriot here, but I have seen people of other cultures leave their own behind, not as a matter of policy or even practicality, but merely because they don’t seem to value one another and so don’t consider a rescue as an option (blows my mind) if it might be an inconvenience (let alone dangerous).]