I’ll be the first to admit it: I have a hard time getting to bed on time. I did it last night, and it told on me today! Oh noes!

Despite that, I was determined to move forward with my workout routine. I had intended this entire month to be a solid training period, but I can see I have let the last few days get a little unbalanced, and going to bed early enough to recover (at least somewhat) from the day is an important part of keeping myself on a solid routine. When I don’t have enough rest I feel not just the normal tired, but training tired… which means what most people would call sluggish and sore — feelings that normally never affect me if I’m always working out and taking care of myself.

“Taking care of myself” has, until this month, also included eating a certain way. But gorging on McDonald’s for 30 days straight while keeping an otherwise normal routine is the whole point here so… whatev.

I went for my normal run and turned it in 20:48. Not bad, considering how pooped and slow I felt today. But that could have just been hitting green lights all the way.

One thing I noticed selecting shots for this blog entry, though, was how amazingly not-fatter I look after 27 days of McDonald’s. I mean, this is incredibly not like what happened on Super Size Me: 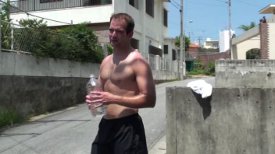 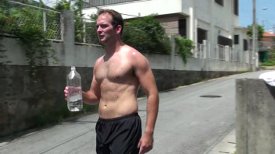 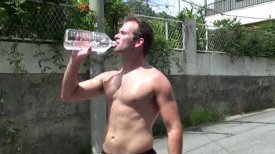 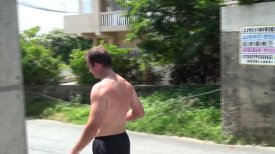 Did McDonald’s do this?!?

Granted, I’m not going to be posing for any man-pr0nz any time soon, but wow… I had come into this thinking that there would have been some downside to eating McDonald’s for a month straight. Who knows, maybe in the next two days I will explode in a giant ball of butter and cheese. But there’s just not much time left for me to become an unbearable fatass. There is also not much time left for my bloodwork to go haywire, considering how not really bad I feel, how strong I still am and how not fat I’ve gotten.

Anyway… blah blah blah. I did my run, wound up sleeping through my lifting time (yeah, that will make you feel like a complete dirtbag) and then went in to box. 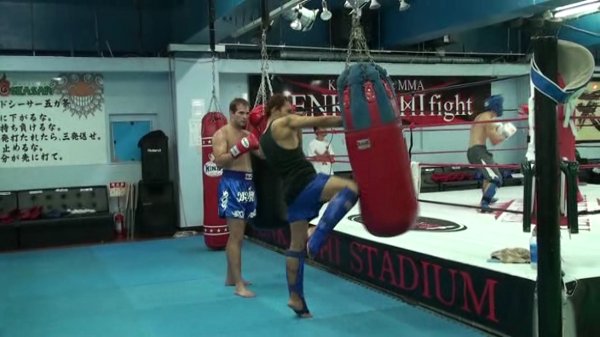 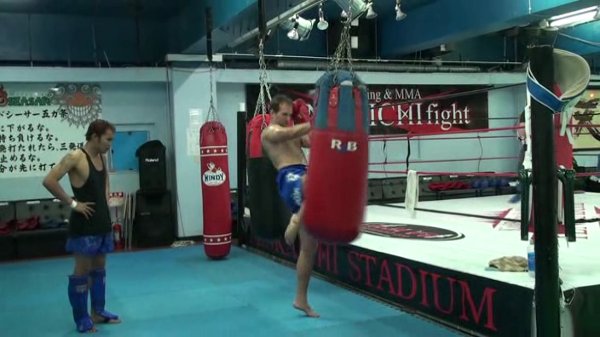 Monkey do the knee… (but not as good)

My boxing workout wasn’t insane and I didn’t get carried away rolling with Leandro like I did yesterday. That was a good thing, every time I spend all night wrestling after boxing I overdo things and then feel like trash the next day. It’s almost like a hangover, but it is a hangover from kicking ass, so it’s justifiable.

I did mostly technical work today: 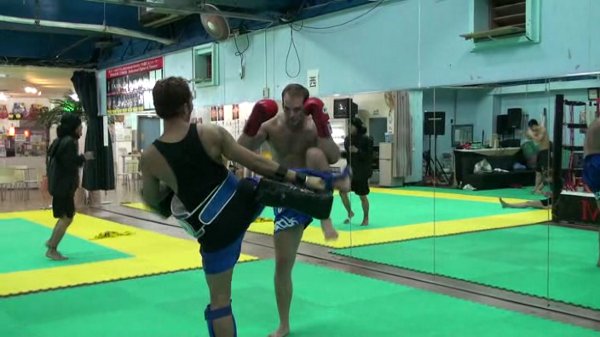 Ell… thinking it would be funny to kick me… a lot.

The “+ push-ups” part was the result of me confessing to not having lifted today. Ell thought it was funny to have me do push-ups through the entire break between rounds for the last four. Har har har… That was only easy for the first round. I thought I was going to do myself in by the time the fourth round was over. 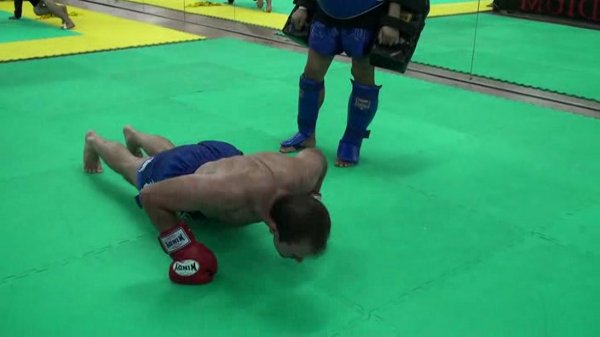 Push ups… making men feel like wimps since 1969 BC