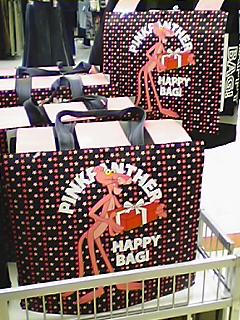 [Pic unrelated: On sale at Jusco. They have no idea how this appears to a Westerner.]

I’m writing because I’m a little upset about the shallowness of the Left’s current stance on the North Korean nuclear and ballistic missile issues. Even more broadly, I’m disappointed in the way the media flashes past complex issues like this without ever explaining anything while trying to engender a sense of understanding in their audience. It makes issues such as DPRK “crisis” situations an easy tool for politicians who are ready to lie while rendering them useless for politicians who prefer to talk straight about international issues*

[*Granted, the only politicians who talk straight about such things are the minority of American politicians who understand that it is an effective style of rhetoric only because it is a shocking style of rhetoric. That is only possible because the US controls its own hemisphere. If the truth comes into vogue again then shocking lies will become the winning strategy, so any victory for Truth will be inevitably short-lived. It just so happens that politicsÂ everywhere is so deeply invested in lies that the truth is an effective, and winning, shocker.]

The DPRK is not going to bend to anyone because the DPRK is not a manifestation of pro-national governance, it is a manifestation of pro-elite governance. Come to think of it, that’s what the Left is all about as well: taking power from the average person under the cover of saying that they must make everyone’s decisions for them for the “greater good”. The DPRK is one of the few remaining functional dictatorships. Or it is a cult*.

I prefer the cult characterization because it carries an accurate sense of what I have observed there. The State is inseparable from Kim Jong Il, the people must venerate the State and therefore Kim Jong Il, and they do everything but use the words “Lord and Master” or “The Holy Father and Son” to refer to them. It distinguishes the idea of Hitlerite dictatorship which seeks to become a cult from a power elite which actually manages to manifest the Mayan political dream.

[*2015 post-military retrospective edit: I believe it is a cult. It is far more religiously zealous than any of the Christian or Islamic places I’ve worked. Insanely so. I can’t even begin to count the ways in which it is profoundly cultish. With Kim Jong Il now moved into the position of “Eternal Secretary” they now have a proper Holy Trinity: father, son and ghost.]

Here are some quick points:

One thought on “DPRK Handling”