Google’s CEO testified before Congress the other day during an antitrust hearing. The basic issue is whether Google is attempting to use its de facto monopoly on search to develop or even in some cases force a monopoly on other services which are not stated anywhere in their charter. The monpoly on earch is legal. Nobody was ever forced to use Google for searching, and until very recently there weren’t any decent alternatives anyway. Providing a great service and capturing a huge customer base is perfectly legal. The issue here is whether Google is using its search monopoly as a gateway to pitching its own services in other areas to generate monopolies over general data services and thereby extend its monopoly to everything. 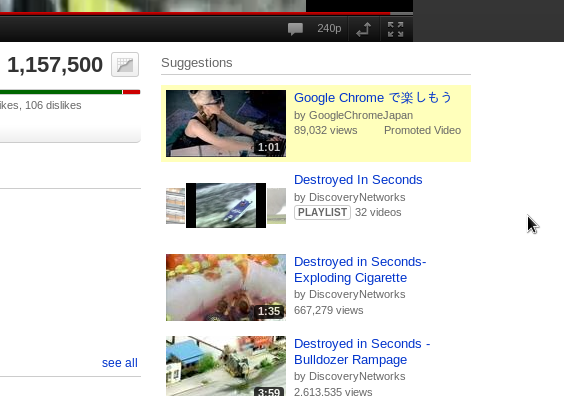 [Google obviously does plug its own services as if they were search results — and plugging the Chrome browser is one of the most important things the company could do to exert direct control over what information users see and use over the longer term.]

This would not be legal for a few reasons — one of which is that Google would be able to grant itself an unfair advantage. Hordes of unsavvy internet users who don’t know much about how computers or the internet work would never be able to find things without Google because very often in the minds of millions of lay users Google search equates to the gateway to the internet, and things they click on from the main Google search page are, in their mind, already linked to Google. So Google favoring its own services in search equates to users simply never learning about anything other than Google services. The problem with this is that as hordes of lay users gravitate to one or another online services the network effect comes into play, making which ever service takes an early lead overwhelmingly more important in the market than any other. Evidence of this is everywhere, and for good or ill, the fact is that most data service markets predict a monopoly almost out of necessity.

Google is obviously aware of this, and so are consumer protection groups. The creepy thing about this is that Google is not just offering search and online services, it is trying to offer everything online. Including all of your data. So under the Google model (actually, under all cloud models — which are all dangerously stupid) every bit of your computing data — personal photos, music files, blog posts, document files for work, document files for not work… everything — would be hosted on Google servers and saved on Google Inc.’s hard disks and nothing would be stored on your own disk. In other words, nothing would in any practical way be your own property because you won’t have any actual control over anything. And heaven forbid that an earthquake knocks your internet service out or anything else happens that disconnects you from the internet.

If one can’t see the danger here, one simply doesn’t have their thinking cap on. Anyway, this being a dangerously stupid way to handle your personal data is beside the point — the majority of internet users do not understand the issues well enough to know that its not a good idea to not manage their own data storage. But then again, most people don’t even recognize that their entire existence is merely a specific reordering of pre-existing matter, and therefore by definition simply a specific set of data. The information a person generates or intersects with in their life is the sum total of what they are — and this, of course, goes quite beyond being important somewhere on the web and as technology advances over the next few decades will increase in importance as the very nature of who and what we are increasingly mingles with automated data processes.

This is the real goal — extend monopoly to information as a general concept, and thereby generate a monopoly on modern existence (and I’m not simply talking about some ephemeral concept of what it is to be “modern” — in concrete terms we really are just masses of information). If there ever was a brilliant business plan, this is it. And it is a bit scary to think things might go that way. Google’s “Don’t be evil” theme is just words — as I have written elsewhere on this blog about how geopolitics works, power is about capability not about intent. Muslims may adhere to a religion based entirely on absolute social and political dominance of the planet, but being incapable of actually achieving it makes them a geopolitical nuisance over history instead of the driving force of history. On the other hand America’s intention is absolutely not to actually colonize and take over the world, but the fact that it is actually capable of doing this makes lots of people (even some Americans) panic and/or kick and scream about what they perceive as “American Imperialism” even though this is in no way the actual case.

So what about Google? That Google actually is developing the situation to make a drive at information monopoly is one thing. Their intent to not be evil is merely an intent. The capability expressed by a realized information monopoly would be of much more importance to the 1st world than even an American capability to successfully invade Skandinavia, for example, and is therefore something that should be guarded against.