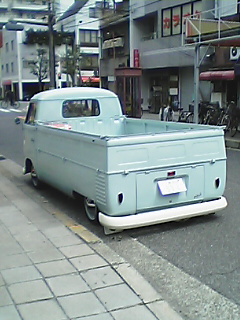 Watch out, everyone… “Republican support for the war is slipping” says this article. This means, of course, that two senators have decided that having the war move to America instead of stay in Iraq is a good idea.

Whenever I run farther than a half-marathon I start telling myself that walking sounds a lot better than running. It sounds like a great idea at the time, until I realize how crap I will feel at the end when I’m last place… so I keep running and step it up a notch to silence the rebellious dissent within my mind.

Stopping the war in Iraq for the reasons listed is preposterous at best and dangerous at worst, and with terrorists, I always assume the worst. They propose that the solution is to turn things over to the Iraqi Army and “its neighbors” and they will keep the bad guys busy so we can live peacefully in our sector of the world. Which neighbors are we talking about? Surely not Syria or Iran, I would hope. Not Saudi, a kingdom run by detached, elitist “royal” families who support us up front because they desperately need us to buy their dinosaur grease but who must pander to their bronze-age inhabitants who still (fervently) believe in a flat-world religion and wire money in support of our enemies. Jordan maybe? Jordan has enough problems of its own keeping bad guys from operating inside its own space, and has internal moral qualms about even doing that much to stop terrorism. Turkey? Maybe, sorta… depending on how their ongoing politico-social evolution turns out. But trust them to be the honest broker in the Kurdish situation? I think not… and on the flip side, trust the Kurds with anything Turkish? If the region were capable of maintaining its equilibrium then it would have found it long ago and we wouldn’t be in this mess in the first place.

This is a region of people whose basic logical assumption by which every other aspect of reality is postulated is that America is the embodiment of evil and all things not Muslim must be conquered, murdered or subjugated (and taxed under Islamic law) for there to be peace on Earth. This attitude extends to the various competing sects of Islam as well, so if the whole world were subjugated already, there would be plenty of fighting left to go around as every sect must fundamentally define the other sects as “false believers” who must be killed (subjugation for false believers is not allowable by the Koran or the Hadiths, let’s remember, for they are worse than non-believers by their own account). So once every sect but yours is dead and the whole world conquered and murdered or subjugated, then we can have peace… provided that no groups splintered from yours somewhere along the way and granted that nobody within your group accidentally draws any attention to concrete contradictions within your cult’s magic book (like provably false things, like the shape of the Earth or nature of the stars, for example).

The above situation does not describe a peace that I can accept. These are also not allies that make acceptable promises for this reason. I have had nice Muslim LBG’s working for me plenty of times, but I and they both know that in a few years things could turn ugly between us because just as I was using them to do a job, they are using me to survive because at the moment I was the biggest dog on the block.

Dog-eat-dog, that’s the way it goes. Let’s remain the biggest.