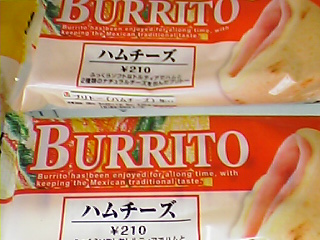 Once again Microsoft has pissed me off. That’s no shock on its own, but they had help this time from an unexpected accomplice: Yahoo.

Usually, I like Yahoo. I’ve liked Yahoo for a while and have been a long-time customer, both as a user of free stuff and as a paying customer. So far everything has worked out well, and I have maintained that Yahoo was an improvement on the web, though their general internetness is a little shallow (nice messaging server access, nothing else that isn’t “web”, which I regard as extremely lacking in vision).

Now it seems that the war between Microsoft and Yahoo over the web is over, and since MSN/evil-restrictive-empire-of-toadies-and-affiliates has driven business away, Yahoo has become the dominant web portal. This opened up space for a new player, which turned out to be Google, which is sad in a way, since Lycos or Excite or AltaVista could have been really cool. Google has some scary visions of how the future “should” be which invade my privacy. I’m afraid Google will eventually abuse their position — probably on accident at first — thinking they have some higher calling to preserve freedom or love or something silly like that and end up becoming the thought police as a result. Considering that life (and us with it) is just a collection of anti-entropic bubbles, control of information at some level becomes control over life. And that’s not even science fiction.

So on to my story. I bought a new computer the other day, an HP dv6000 laptop. It looks cool, has an AMD 64×2 Turion II in it and some other nifty little things, and its way cheap. I brought it home. I started it up and Vista took over.

Vista sucks. Everything on it bothers the crap out of you until you register things with Big Brother. HP has a “Welcome to HP” screen which would not allow me to access my new system until I told HP all my dirty inner secrets, has a way over-loaded “maintenance” center that makes everything else (including me) wait on it, and generally drove me nuts (and drove me to kill all processes running, and delete and uninstall everything labeled hp_*).

I once everything that betrayed by privacy or annoyed me was dead, I decided to access my wireless router and see how well that would work out. Good news, I can download at well over 3 full real megs per second across the wireless network, bad news, Vista has a lot of annoying little crashes. Vista itself never quite died all the way, but Internet Explorer sure did — a lot — including the first time I tried to run it. So tried different messaging systems, Symantec Antivirus and the Windows Updater that is supposed to update my system to save it from annoying crashes. Again, through it all, Vista itself never quite crashed all the way — but once my system finally was updated I had to make it crash (i.e. reboot) to make the updates take effect. Yes, that’s right, Windows still cannot perform a kernel thread transition or dynamic service restarts in 2007. Didn’t Erlang have the ability to update code in place in the 80’s?

I rebooted. It took forever first to shutdown, and then forever to start up again. I mean forever. Over 10 minutes to shutdown is just ridiculous. Since I had so much time I started thinking about the small print on the screen that said something to the effect of “Your system may become unresponsive during this period. If so, you will need to restart the system.” This sounds an awful lot like a customer-friendly way of saying “we expect this process will probably crash”.

This annoyed me. When it started up (finally) I checked the system stats. As I suspected, everything runs clunky because I have only 512mb of RAM (which shouldn’t cause this sort of behavior, though) and the big kicker — the version of VIsta that MS allows to be pre-installed by vendors is only 32 bit and single-core! Why would you sell such a crap setup? Single-core 32-bit is a far cry from dual-core 64-bit, particularly the single-core business. I could find no apparent motive for this stupid configuration, either — there isn’t even a “pay us more to make your computer actually work” icon anywhere (don’t laugh, it a ploy Microsoft has used with select OEMs in the past).

I tried to install WoW also, because I suck at life, and it runs slower than molasses. Screw this.

So that brings me to my final attempt to bring sanity to the world (and the way I found I could download over 3 real megs per second if there is no bottleneck in the way). I downloaded the DVD image for the new Fedora Core 7 release in a few minutes and installed that over Vista because it sucked.

Everything works just fine out and the system humms along at a ridiculous processing pace. I still need more RAM to do things I like such as large image manipulation or really big compiling, but overall its a massive improvement. And WoW runs just fine under WINE, though that’s not exactly a method I would recommend to anyone who is going to be the main tank for an endgame guild — not that I’ve experienced any problems at all, but I’ll have to play this way a bit more before I’m confident that WoW won’t crash under any circumstances.

Where does Yahoo fall in here? They left evidence of their new (and still semi-secret) pact with MS all over my browser. I had a Yahoo toolbar annoyingly preinstalled on my IE. I also had a pre-installed Symantec toolbar that shows status buttons all the time, along with a few other toolbars I never wanted — actually, about the top 1/3 of Internet Explorer was goddam toolbars, not content I was trying to read! All that crap and still no mouse gestures that I’m addicted to from using Opera. Mouse gestures isn’t a Yahoo problem, of course, but while I’m bitching about IE, its worth mentioning that they have the gall to bring up a huge new “Welcome to tabbed browsing” window that fills the whole screen the first time you open a new tab up. Thanks, jackass, I already knew what tabbed browsing was, been using it for years on good browsers (read as “anythingÂ not IE”) and I see through the attempt here to claim that as a Microsoft idea.

This was a relentlessly irritating experience. That’s just sad — setting up my new HP laptop forced me to work against the combined powers of HP, MS and Yahoo. I thought the point was to make the customer happy, not ready to kill. Thank goodness there are better alternatives like Fedora that can make it all worthwhile in the end. By the way, HP did a good job on the hardware, even if their software is a big sweaty dump.